BEHIND THE DESIGN – AIRUSH IQR

Leading the way of development within the industry,  and raising the bar of standardised parts, we caught up with Airush Design Engineer Dave (DK) Kay and go behind the design on the Airush IQR and find out how revolutionary this safety mechanism is.

“Innovation is a key part of what we do as a brand, and when we undertake a project as vital as a safety aspect of what our riders and customers use – we commit to it fully.” – Clinton Filen 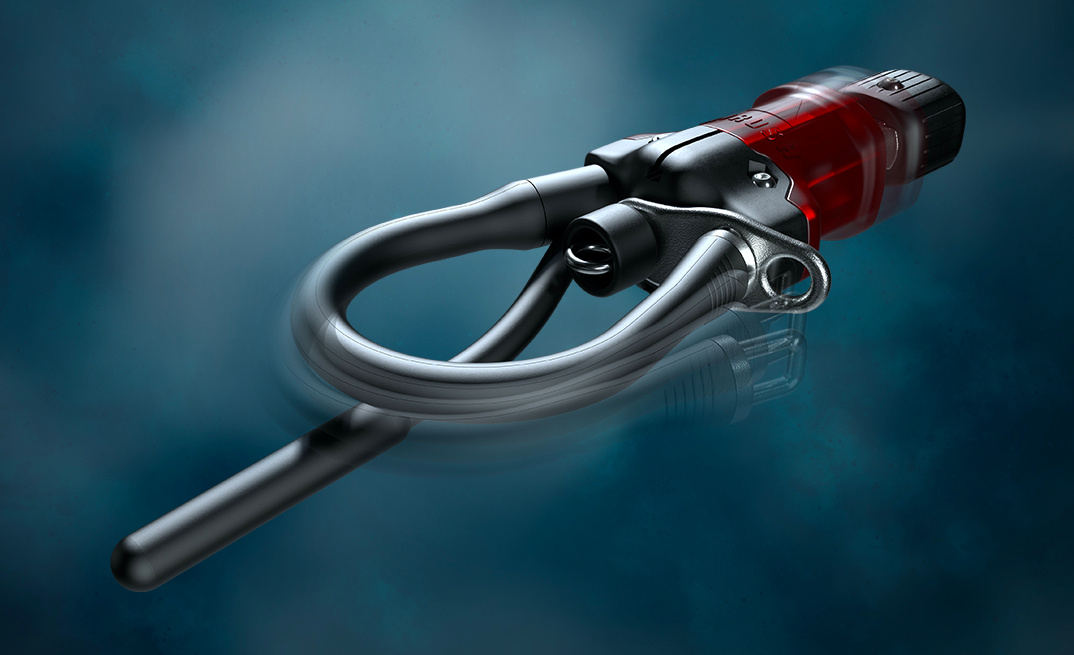 Previously known as the Brain 3.0 Quick Release, Airush has completely re-engineered its safety release system to the Airush IQR. Why?

DK: In 2017, Airush Brand Director, Clinton Filen and I met up and started discussing the control bar offering, I was then recruited to do a review of the full control bar range. The result was that functionally, the bar range was good, but it was time for an update to the aesthetics and key features of the Brain 3.0 quick release. Through extensive analysis, development and testing the IQR was conceptualized. Around this time we heard that there was a new standard being set by ISO in conjunction with the GKA, so it made complete sense to align it with this standard.

The biggest thing with the new IQR is the ease of putting it back together, and we foresee the easy reassembly becoming the norm within the industry

Besides the obvious changes to the quick release, there were a few more upgrades made. We updated the chicken loops and locking tube to injection moulded TPU parts. On the chicken loops, you will now see the center of the tube where you hook in is reinforced, so that the tube holds its shape better, and is less likely to wear down. 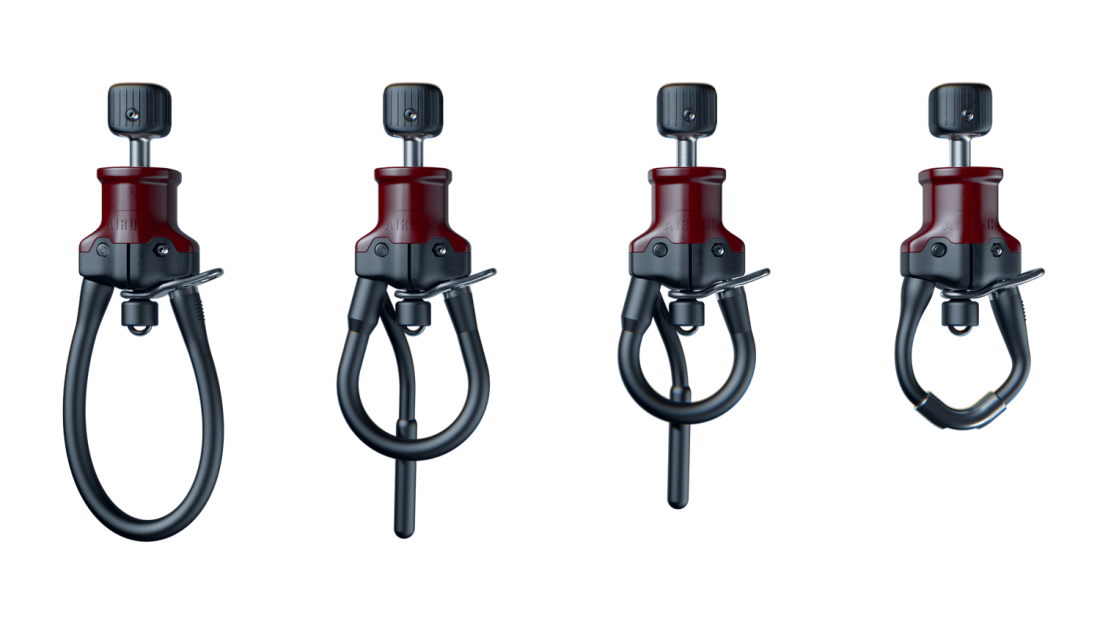 What has been the biggest accomplishment in redesigning the new Airush IQR?

DK: For me personally it is the ability to do such an easy to reassemble quick release without adding any extra complexity to the design. (The total number of parts between the IQR and the Brain are almost the same) and achieving simplicity, with much improved performance. 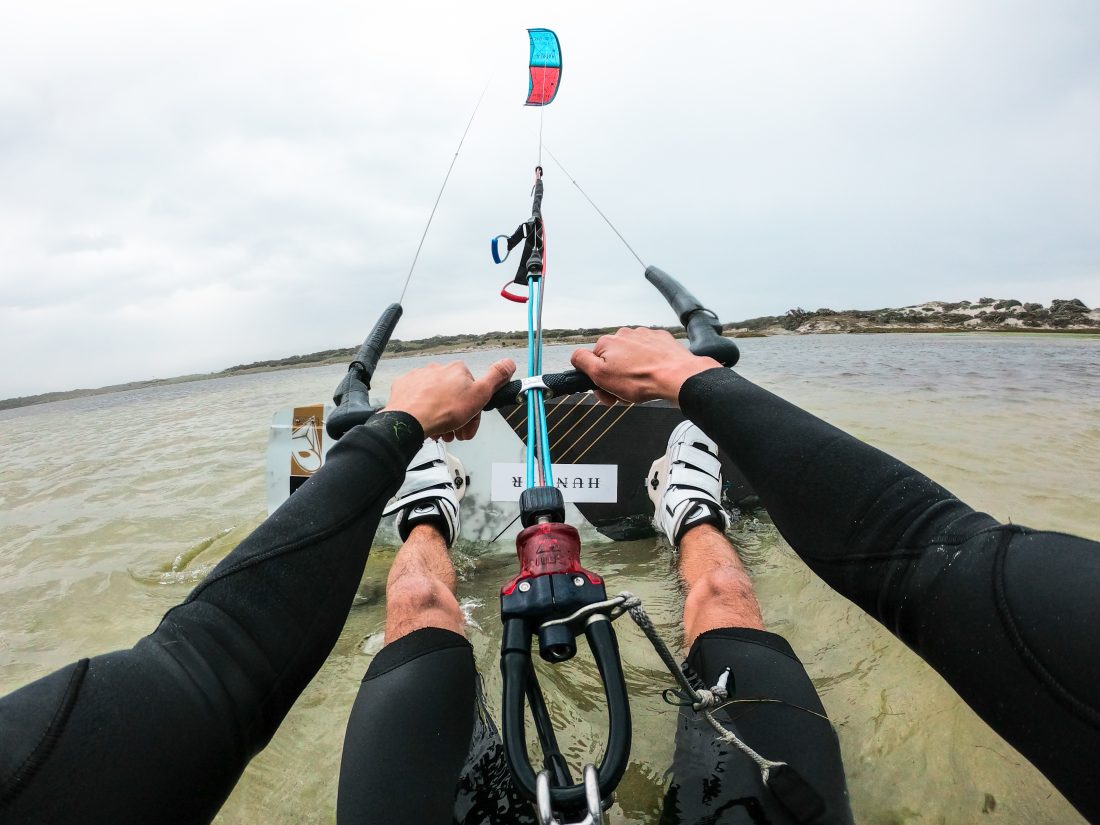 Safety as a priority, what is the key aspect that make the IQR safer than any other quick release mechanism?

DK: The new ISO standard is specifically concerned about strength, safety, markings, and colour with the focus on the operation in an emergency situation.

There are competitors with similar looking products. From a safety point of view and an industry standardisation point of view, I don’t believe the safety equipment should be a predominant point of difference between the kite brands. The more standardised the look, feel and function of quick releases are, the safer the entire industry is. It’s really a positive move for the industry. If we want to make the sport safer, we need to make parts that have the same look and feel and function, within our ability to make improvements. A classic example would be a seat belt, no matter what car you get into, they all operate the same.

Primarily we designed and refined the IQR to pass the new ISO Standard. From a designer’s point of view and a more philosophical aspect, one of the biggest challenges I have as a quick release designer, is that a QR is only useful as a safety device, if the person flying the kite actually uses it.

The fundamental problem with a QR that might be problematic to put back together, is that people just won’t use it if it results in a negative mental association and the hassle of reassembly. In an actual safety scenario, they might hesitate to activate their QR which leads to added danger, so it may seem like a frivolous thing having an easy to reassemble QR – It kind of seems like you don’t need it because you don’t pull it.

If the QR is easy to put back together and if the result of pulling your QR isn’t a complete end to your session, as a rider, you will probably be more inclined to pull it earlier. As a quick release designer, that is what we aim for. I want for people when in a scenario where they may need to use their QR is actually going to use it and use it often. That is why making a QR reliable and easy to reassemble actually contributes to the safety of the Airush control bars. 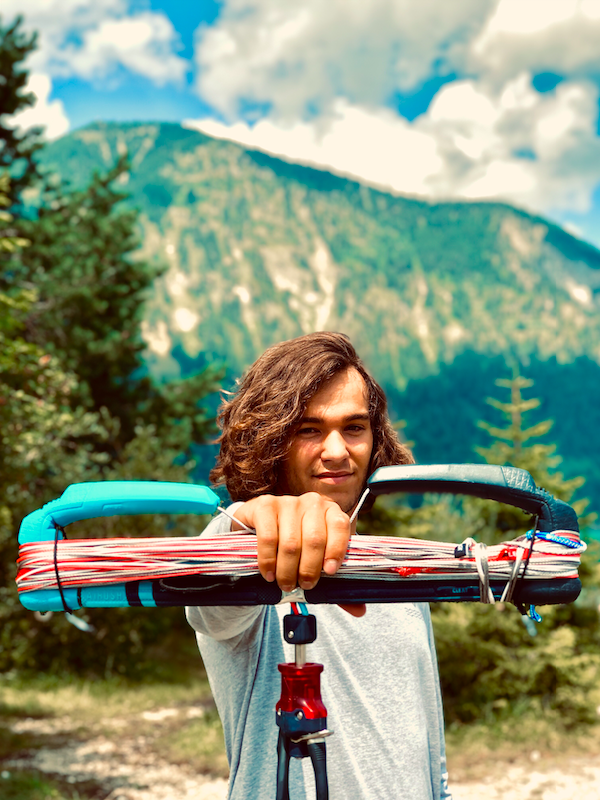 The one-handed click in reset, how does that work?

DK: It’s really easy… you just push it in and it clicks shut. That’s it.

The pin knows when the cover is open, and when the chicken loop is placed in the device and allows the cover to close. 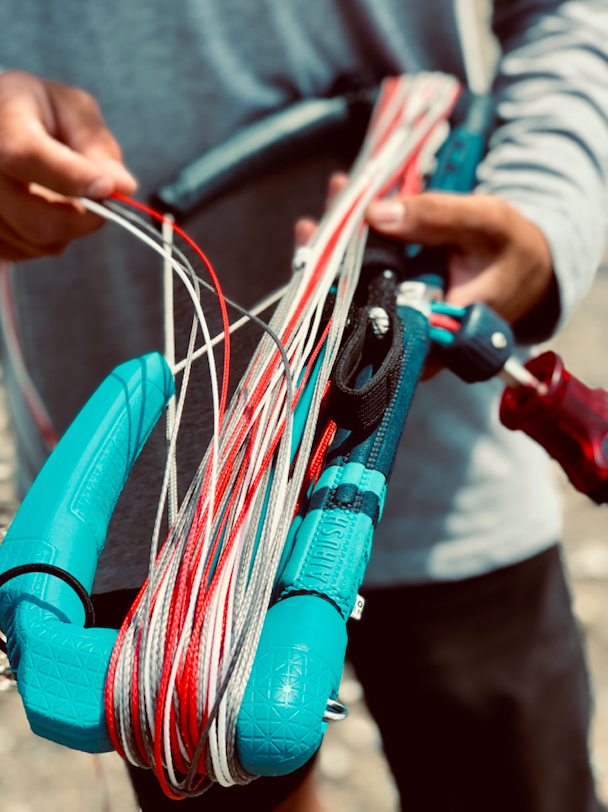 The part looks really sleek, how has the advances in technology helped with this process of aesthetic?

DK: This whole project has leveraged some very powerful design technology and then adding some very modern rapid prototyping methods. We have two 3D printers in our office, and at the height of the development we had both 3D printers running a print every night, so every morning we would have a new version of a part.

That allowed two things, One – the development of a very simple mechanism giving with a relatively complicated function. It allowed for a lot of iteration on that to refine and refine the product operation to work very well. And secondly, it allowed for the aesthetics of the product to be designed at the same time. A key principle during the process was bringing in the aesthetics team in early, so as the product was developing they had input from very early on in the process, allowing for refinement both mechanically and aesthetically. 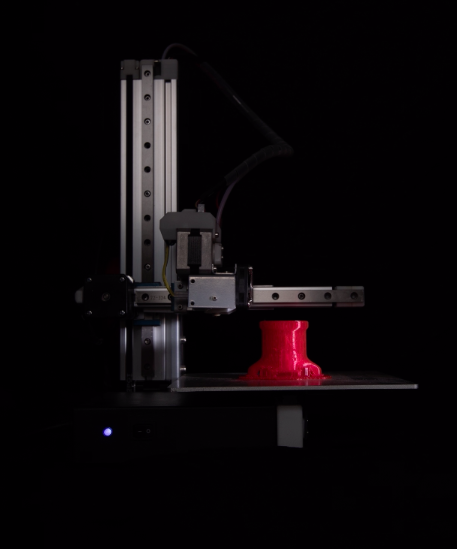 Performance wise, how will the IQR help? – does it?

DK: If we have done our jobs well, for most riders, on most days on the water, the IQR should have zero impact on their experience. It should be that it doesn’t even occur to them until they need it.

Except for a few really nice features that are noticeable – we have greatly improved the spinning handle so it has lower friction, it’s now larger and easier to grab, and it’s greatly easier to untwist your front lines. That’s for sure a really nice touch point with the system.

The second part is the range of the four different chicken loops, we previously only had 3 sizes, but have extended that to include a rope slider loop for wave riding. For freestyle riders the addition of a loaded freestyle leash position this makes a huge difference to the functionality if you unhook. Previously if you unhooked with the Brain QR, it was difficult to hook back in because the leash would fall to the exact point on the loop where you wanted to hook back in. This just keeps everything nice and tidy.

The rest of it is completely insignificant to the rider – and that is what’s really great about it.

The people who will appreciate this the most, are schools and new riders getting into the sport. They spend a lot of time activating and resetting their quick release so this is a massive step forward for them. It is designed to keep the hassle as low as possible so people use their QR, without hesitating. 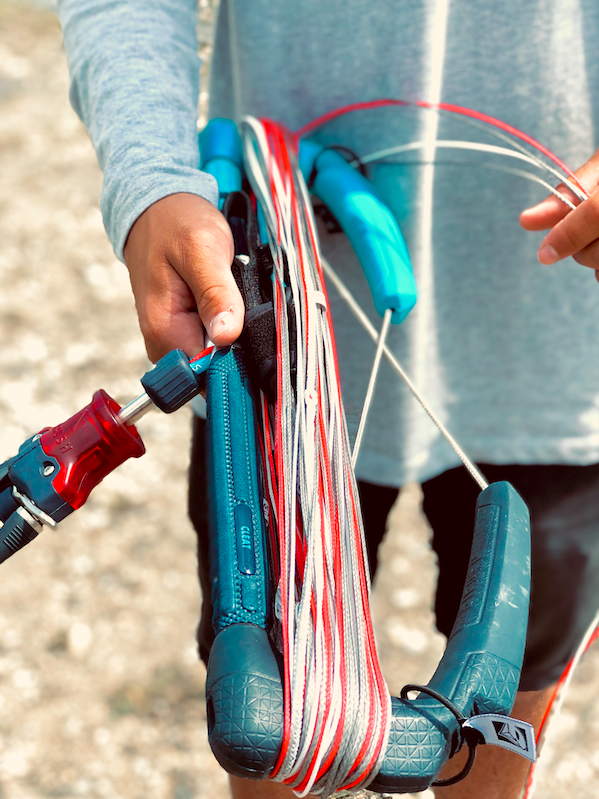 Retrofittable – why would anyone want to use their current bar with this release mechanism?

DK: Sustainability is a big part of the Airush philosophy, and one of my personal beliefs on sustainability is the idea of not purposely making things obsolete. One of the nicest features of the Brain 3.0 is the very tidy and compact nature of how the QR was attached to the rest of the control system. So, rather than completely reinvent the wheel and put a different one on, it made perfect sense to reuse what was a nice feature of the previous system.

Additionally, having retrofittable parts means that you can upgrade your bar easily, meaning that your old bar is not redundant just because there is new technology available. Don’t throw it away, it’s a perfectly good bar, and if you see the value in the new technology, you can access it easily.

The ironic thing is, that when changing to the new IQR, the most difficult portion of the process is removing the old QR. The whole process takes me about 2 minutes, and 90 seconds of that is removing the old QR. Putting the new one on, is much easier. This makes it much easier to service as well, with a single standard Allan key that is shipped with the rest of the bar, or even just your Futures surf fin key. Standardization is a big thing for me as an engineer. 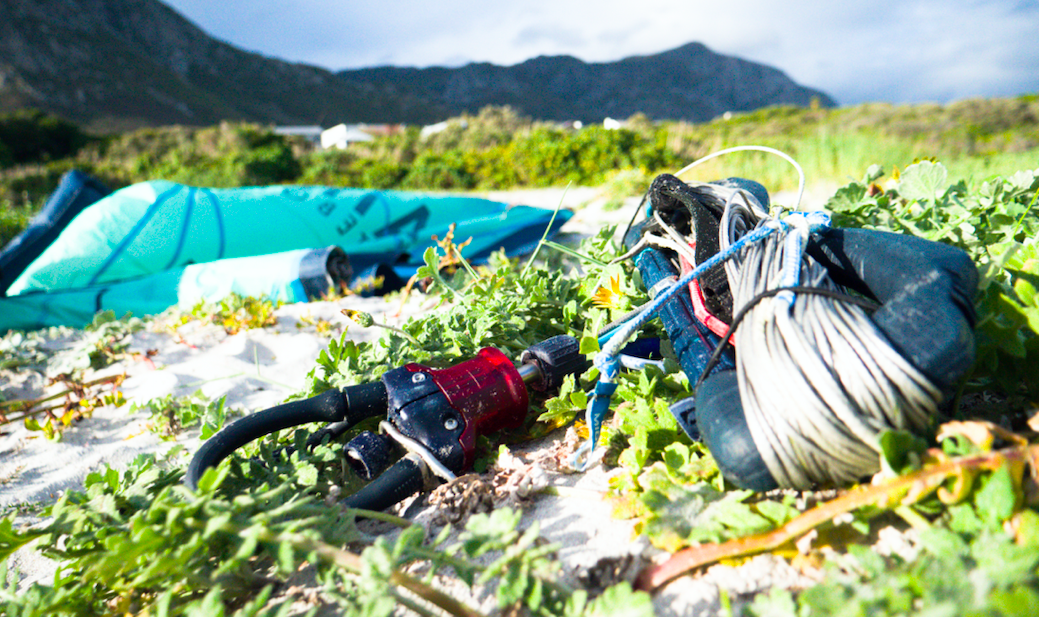 Digging into the details, as an engineer, what was the biggest design challenge you set yourself out to achieve?

DK: Simplification. The actual part count compared to the Brain QR, is almost exactly the same. We haven’t added any more parts to the design. In terms of simplification, one of the big things I did, was made a decision early on in the design process to see if I could make the entire device symmetrical. So, the body and the release handle are 100% symmetrical parts.

When you reassemble it, there is no back and front – they are exactly the same, so either way you put it together, it will be the correct way. It does not matter where you put the release handle on, or which side you put the pin in, it is 100% symmetrical. This is just pure designers ego really, I wanted to see if I could actually achieve that.

Fundamentally, it does, however, benefit the product, it makes the release easier to assemble, and it makes the manufacturing of spare part stocking really easy because you just need more of one part, rather than having to match up two parts. If the body is two different parts, I can absolutely guarantee that you would end up with more of one part than the other. It’s not actually possible with this particular design. The body is two items, the but they are exactly the same. Then from an aesthetics point of view, it just looks better being symmetrical.

Key changes to the QR?

The center of the new IQR is the full stainless-steel chassis. The unique construction ensures that the primary loads of the kite connect through this bombproof part to the nylon body and harness loops.

The new leash feed has been oversized by 10% to improve the ease of reassembly of the unit during release, this chassis ultimately defined the overall size of the IQR.

To improve the ability of the centerline to spin within the IQR, we increased the size of the spinning handle and reduced the friction on the chassis part by moving to a stainless on nylon connection. 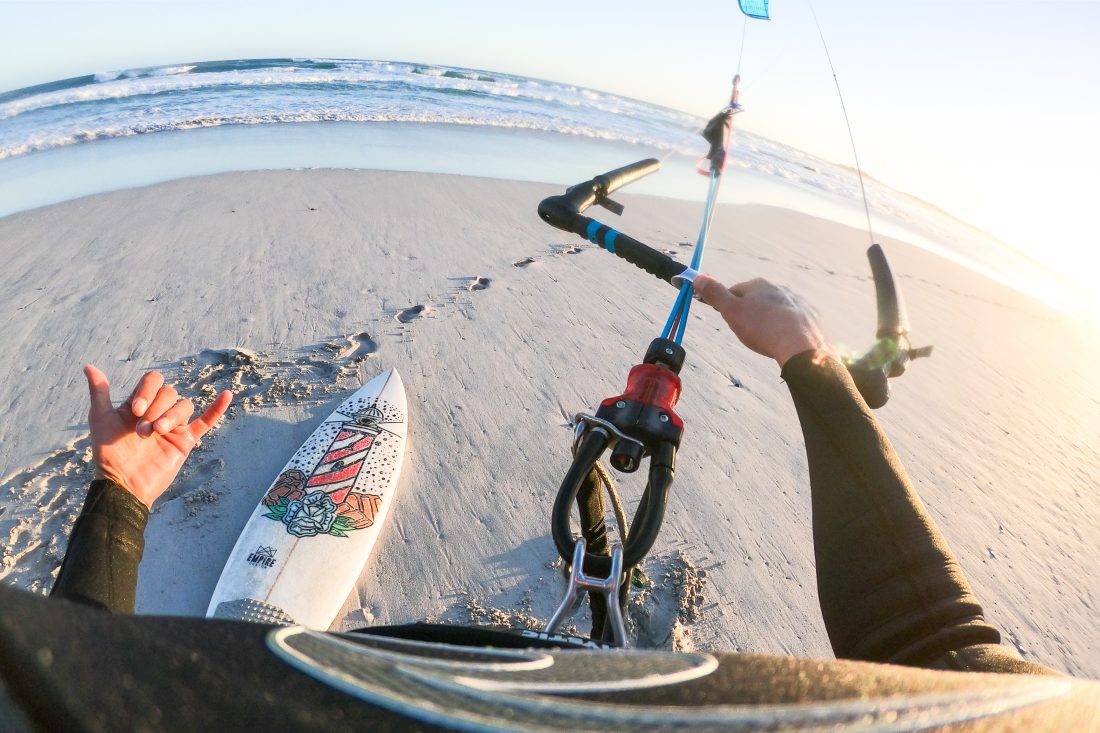 Leading the way with the industry standard is quite a claim, how were you a part of that?

DK: Airush was heavily involved in the development of the ISO standard and helping formulate the ISO test. We actually got involved part of the way in on the process, simply to know what was going on was the original reason, as we were developing the IQR, it made sense to have it be completely compliant to the standard. We then saw some opportunity to maybe help improve the way that process was going and ended up doing quite a bit of the development work at our lab in Cape Town. Our team created the test Jig based on the testing criteria, and the end result of that is the testing standard for all new quick releases in the industry, is based on the work we did here.

ISO Test is 3 tests, at 3 loads, in 4 different environmental requirements.

Hundreds and hundreds of tests need to be done in order to pass.