BEHIND THE DESIGN – ULTRA V2 WITH THE DEVELOPMENT TEAM

We’ve received a number of questions online regarding the new Ultra V2, so we caught up with seasoned Kite Designer Mark Pattison and Design Director Clinton Filen to get into the details of what really puts this kite light years ahead. 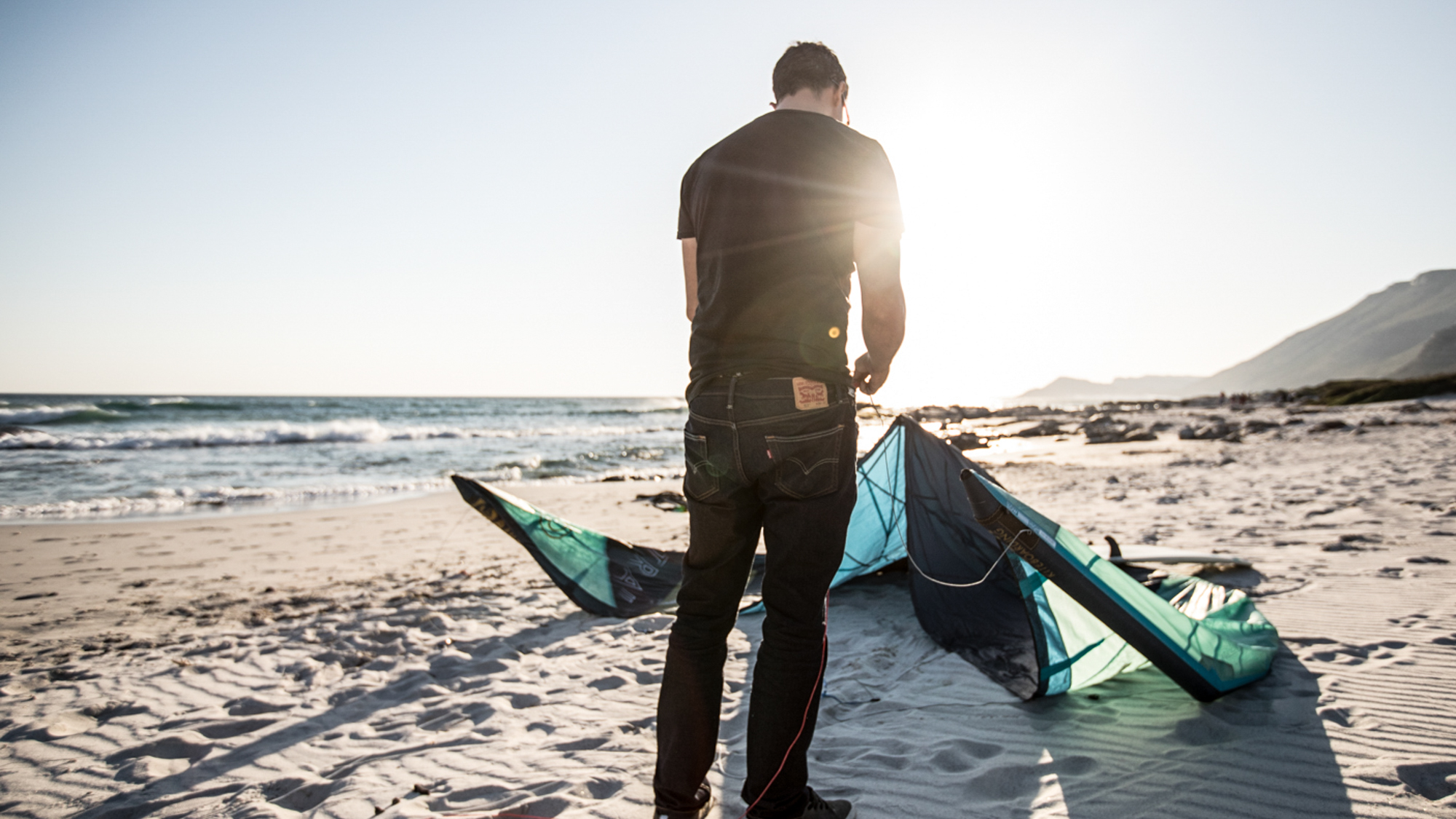 What is the thinking behind the Ultra V2?

The Ultra started as a long term project by designer Mark Pattison, to build an inflatable kite that stayed in the air as long as possible and was durable enough to use for everyday freeride and surf. We wanted to test the limits of the materials and our load frame, our knowledge of shaping and flying characteristics to make the kite as a simple and as functional as possible.

The Ultra V2 is the result of a really fun and challenging period, spanning years where we tried a lot of different planforms, lower and higher aspects, different wingtips, different profile shapes and different constructions before going to market with the original Ultra. We introduced it as a concept of what we felt, is the most advanced kite we could build.

The key changes around the Ultra V2 have been around developing new smaller and larger sizes, with significantly different shaping in the larger sizes. We reviewed our long-term customer feedback, along with ongoing development and testing to refine the Ultra’s construction now found in the Ultra V2.

Because it is a light wind kite, did you manage to make it even lighter?

The Ultra V2 kite weights are very similar to the V1. We were able to make weight saving changes in certain areas, but this generally adjusted by refining reinforcing in other key areas.

For example in the bigger sizes (12 meter and up) we reduced weight by reducing the amounts of segments in the leading edge and canopy. Fever seams means less material and less reinforcement material needed on each seam. This is countered by additional reinforcing on key canopy seams and Load Frame connections.

We are very committed to developing the lightest and most innovative product on the market (we have made lighter kites in development) but this needs to be aligned with our commitment to durability. The Ultra V2 balances these two key objectives.

How does the weight compare to other models in the Airush Range?

When comparing the weight to other models in the Airush range, the 9m Lithium weighs an estimated 3.1 kg and the Ultra 9m is 2.3 kg (So around 25% Lighter).

See the full weight chart below: 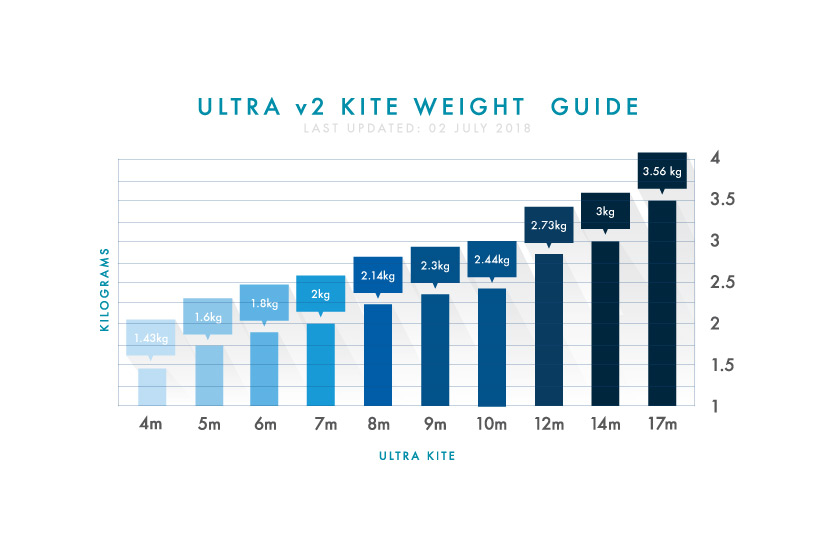 Did you manage to reduce the drag of the kite?

The reduced segments on the bigger sizes reduce drag by increasing the skin tension on each panel. With the larger sizes reduced drag is an all-round benefit, larger kites have much more drag, so reducing drag on the big sizes was a big step forward specifically for use in foiling with higher angles of attack in lower wind speeds.

We felt that reducing drag on the smaller sizes was not as vital, so we focused more on maintaining the stability, parked power and keeping the Ultra V2 the versatile machine that the first version earned its reputation for.

Are there improvements on the steering?

There were no significant changes made to the steering performance of the kite, the bigger sizes are comfortable further forward in the window and maintain responsiveness at high angles of attack.

The key shaping changes have been the reduced segmentation on the big sizes. It is possible to improve on certain things like turning speed for example, but with the increased turning speed we found less overall power, so much of the design of the Ultra V2 has been about balancing overall performance and refining our single strut kite.

How is the relaunch on the Ultra II?

The canopy curve and wingtip shapes are essentially unchanged, giving the Ultra V2 very similar relaunch characteristics. We have found quite a few schools teaching on the original Ultras, which we were surprised about, as this was not a focus for us. Although it was not designed as an entry level or school kite, the general feedback we have had from the market on the relaunch has been overwhelmingly positive.

What makes it good for wave riding?

From our perspective, the Ultra fits perfectly into the second category.

You can find out more about which cookies we are using or switch them off in settings.

This website uses cookies so that we can provide you with the best user experience possible. Cookie information is stored in your browser and performs functions such as recognising you when you return to our website and helping our team to understand which sections of the website you find most interesting and useful.

Strictly Necessary Cookie should be enabled at all times so that we can save your preferences for cookie settings.

If you disable this cookie, we will not be able to save your preferences. This means that every time you visit this website you will need to enable or disable cookies again.

This website uses Google Analytics to collect anonymous information such as the number of visitors to the site, and the most popular pages.