Sasha and I embarked on this journey, not knowing what to expect, where to go or what the plans were. We knew that Indonesia had beautiful waves, lush landscapes and a warm inviting culture, but what we experienced surpassed all our expectations and turned into a memory of a lifetime. 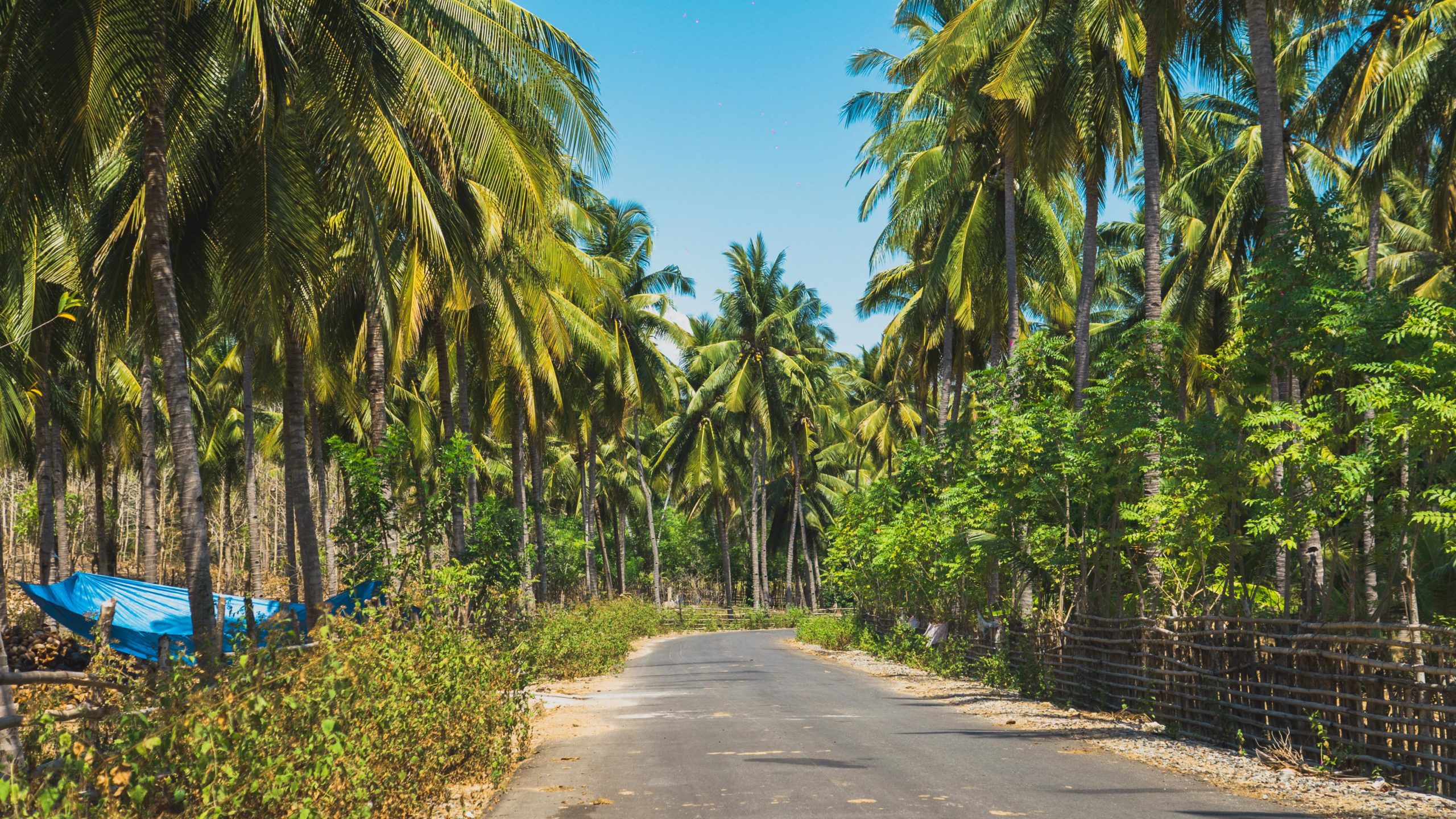 We packed the necessities – a couple of boardies, bikinis, skateboards, 6 & 9m Wave kites a  5’8” AMP crafted by Clinton Filen and a 5’6” Diamond.

We started this trip in Canggu, Bali. It’s basically the Cancun of Indonesia. The most efficient form of transportation there are scooters, so we decided to rent one and join in on the fun. We passed through rice fields, temples, waterfalls and black sandy beaches. It’s crazy how beautiful this place is. Everybody is smiling, offering help for directions and just open to positive vibes. This place was amazing and yes, there was wind! 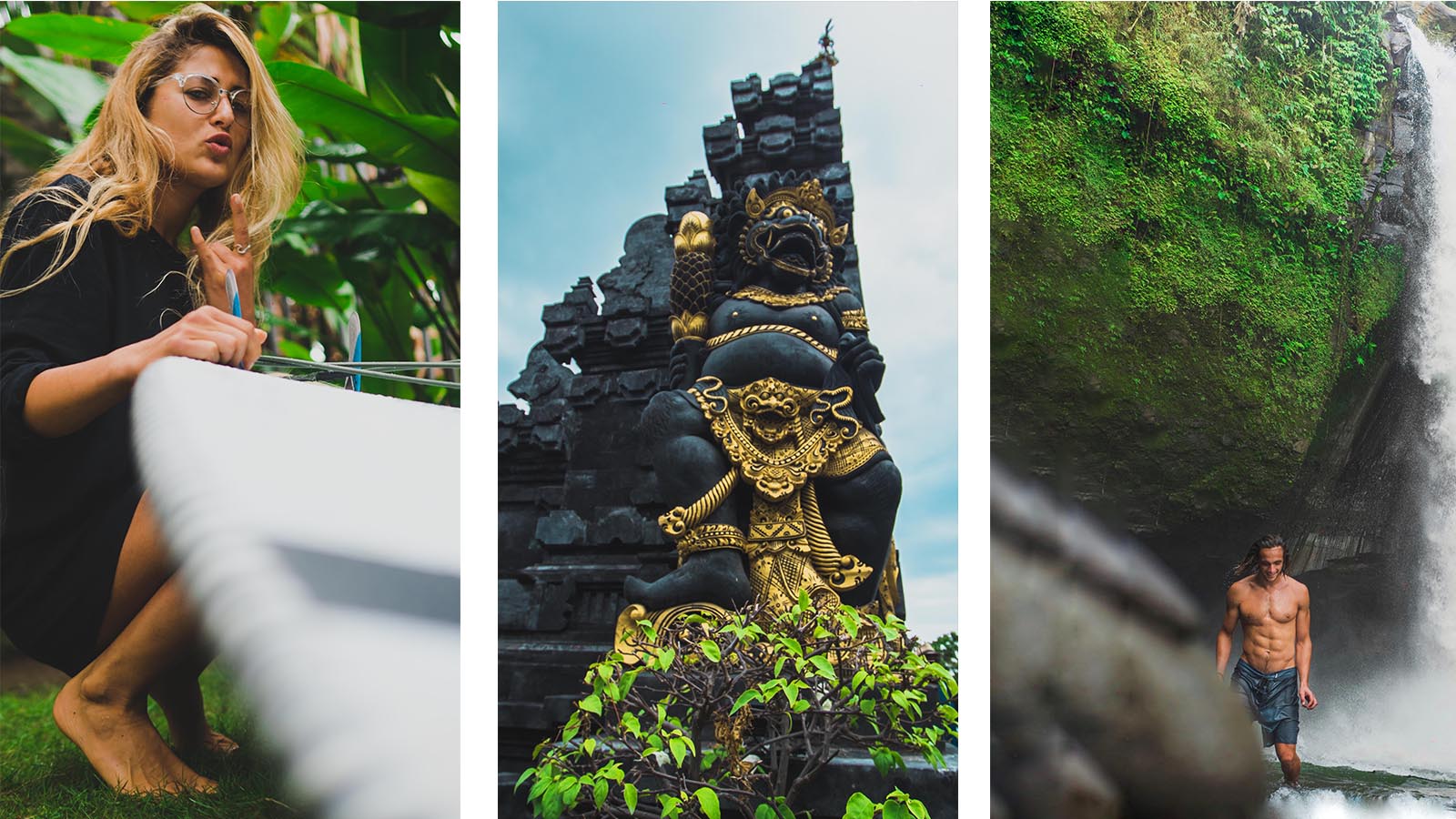 There’s a beach right next to a place called Old Mans, where it was windy nearly every day. I rode the 9m Wave, and Sasha rode the 6m Wave. It was a crumbly wave, no barrel, but a perfect left-hander that rolled for hundreds of metres. Now, this is where all the fun started!

Canggu was our home for a little bit more than a week, then one windy day we met a fellow kiteboarder on the beach, his name was Oma. He was a super mellow dude, sipping on his coconut after an epic day on the water. As it goes with kiters, we like to share the stoke post-session and this is how we met. We started talking about wind and waves in Indo and then he mentioned to us that he had a hotel in West Nusa Tenggara, Sumbawa and on top of that, there was wind! He offered for us to come and stay there and that’s when everything started falling into place. 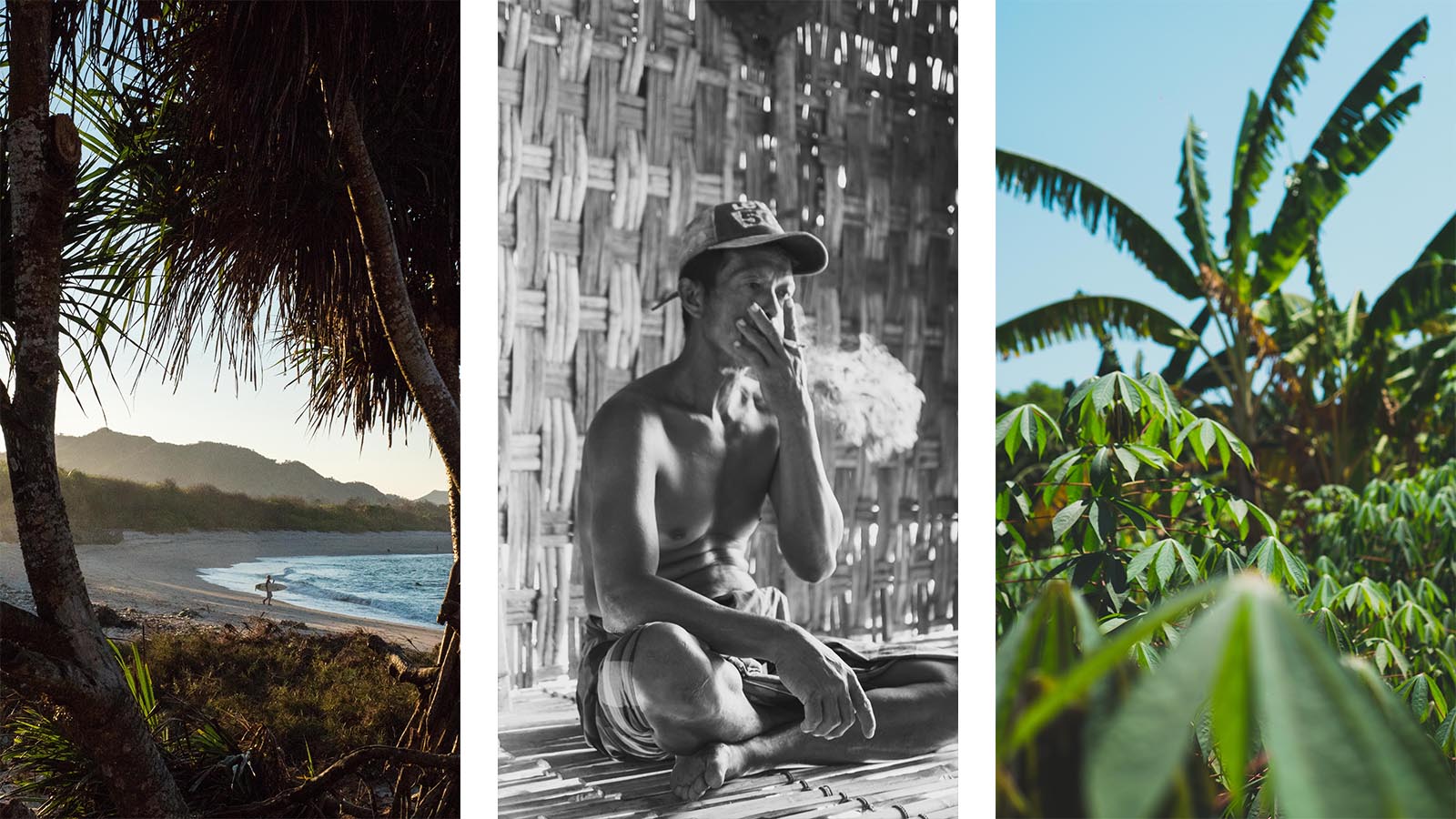 Sumbawa is a big island. Around three times the size of Lombok, so there was a lot of exploring to do. We booked a ticket and went for it!

The first place on our radar was the famous wave Yoyo’s. It was a 5.5-hour drive from the airport, so it was a mission to get there, yet so worth it! We drove through deserted streets, scattered palm trees and little kids galavanting the streets, the atmosphere was inspiring and an epic start to a wild trip.

Around Yoyo’s, there are four different breaks, all defined by one word “perfection”. It was insane, literally. We had all these waves to ourselves and a hand full of “Sydney shredders”. Even Sasha’s brother, Alex, joined in on the fun and met up with us there. Sasha was indulging in this gnarly little cluster of waves called Playgrounds and Alex and I paddled out to a perfect left, Supersuck. 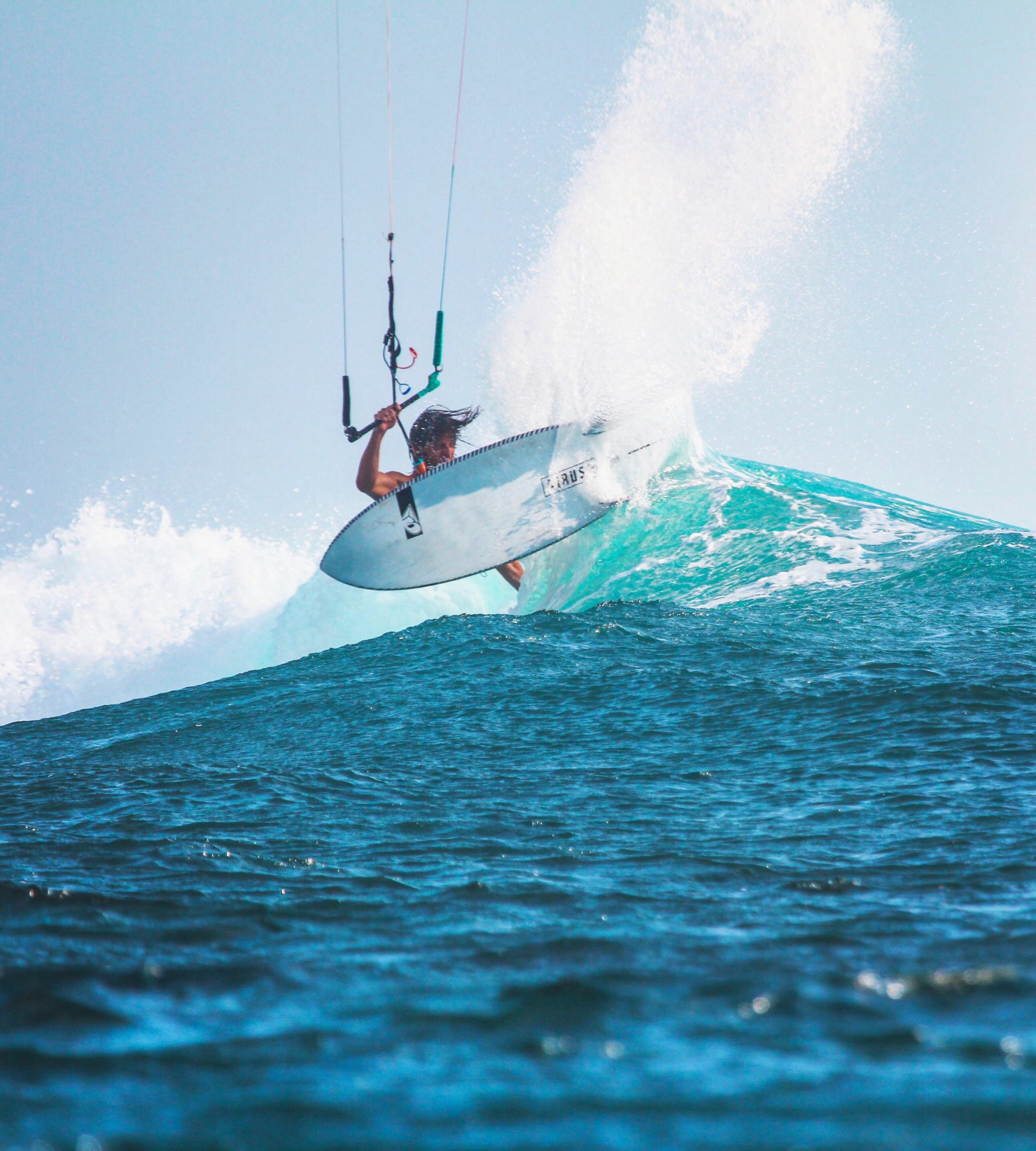 I can’t help but emphasize on this wave! It was hollow, steep, shallow and sharp. Alex had a few bombs and I had the wave of my life, including a big wipeout that ended up in stitches in my head. Either way, so worth it.

Indonesia kept on delivering the goods, it was the gift that kept on giving. 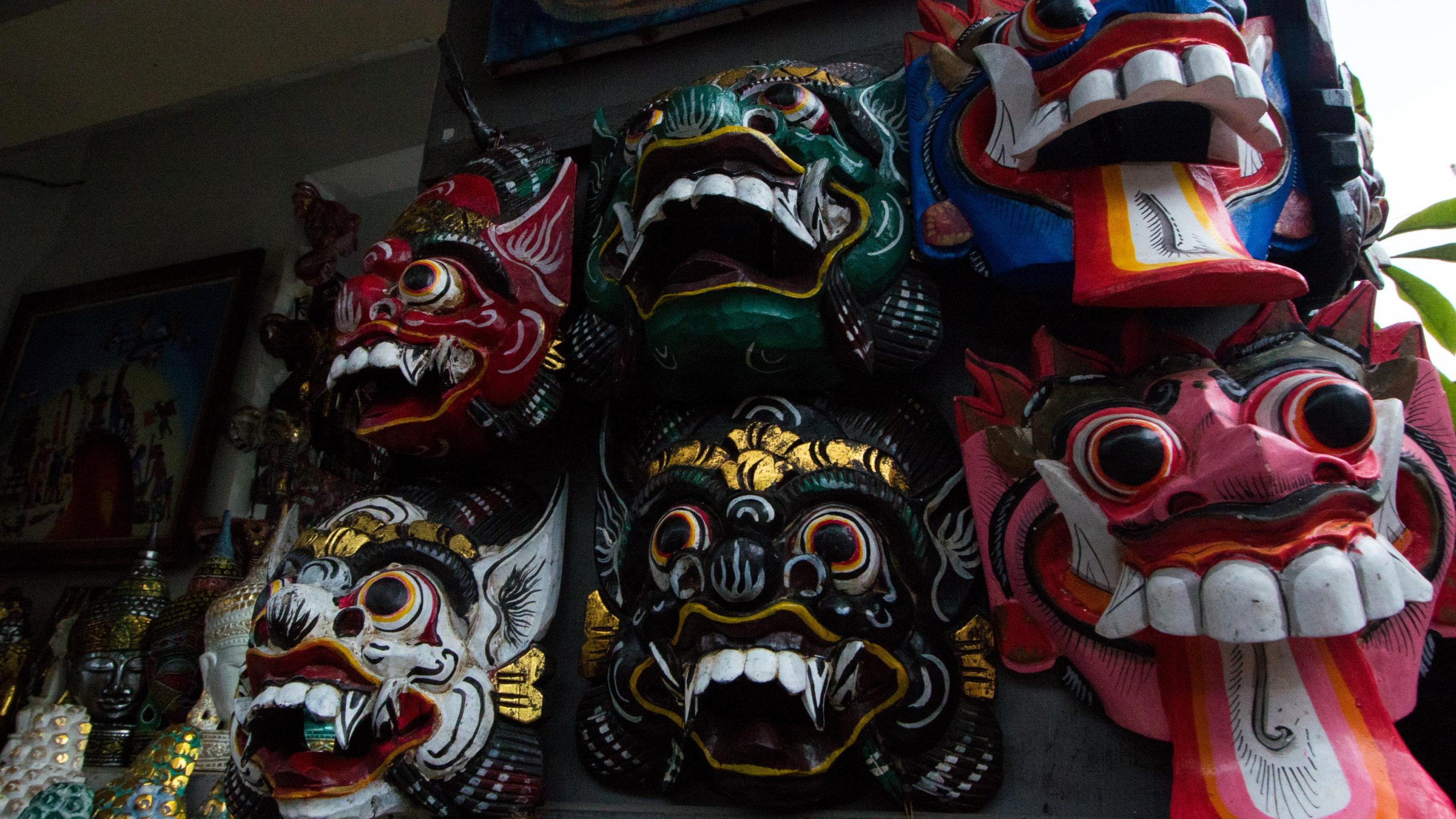 Yet on one gloomy night, an earthquake struck and embezzled us from our sleep. It was  6.9 on the Richter scale. We ran outside, waited for it to calm down and as soon as it calmed down another one followed. There were 10 earthquakes that night, hectic right. The Tsunami warning was put out and we had to get out of there. We drove up the nearest mountain waiting for the warning to fade. I have to admit this night was pretty scary and a sign to move on to the next place.

We then embarked on an 8.5hr drive to Oma’s hotel, The Treehouse Sumbawa. We loaded the car to the brim, Sash and I chucked in the back and Alex in the front. We drove through the night and woke up at the craziest place ever.

It was a little village, RAW in ambience, yet colorful in culture. There were cows, goats, ducks, frogs on the streets and butterflies swerving from lane to lane. The waves were straight out of Surfer magazine, a perfect Utopia.

Every day we would wake up at 6 am, go surf, have breakfast, go kite, eat. I don’t know whether we got blessed with wind and waves, but it felt like Christmas. 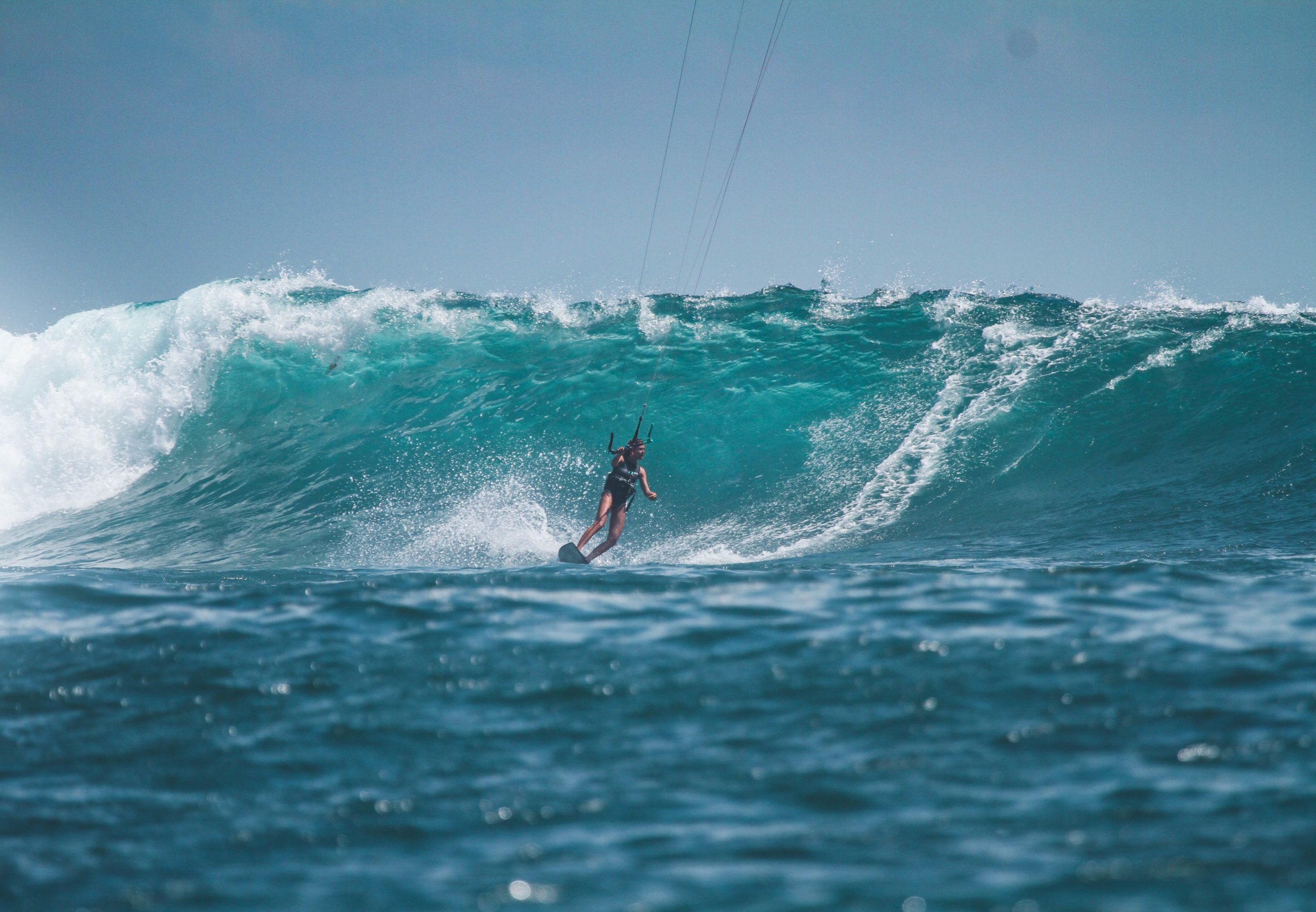 We kited the longest and most perfect left I’ve ever been on. Don’t be fooled by its perfection though. With a shallow, ragged reef, this wave is not for beginners. Putting it in perspective for you, we lost about 4 fin sets in 8 days, but every wave was a ride of a lifetime.

This trip has been beyond amazing and I am so stoked to have shared it with J-dog. I don’t know where our next venture is going to be, but one thing is for sure.

Indo… we coming back! 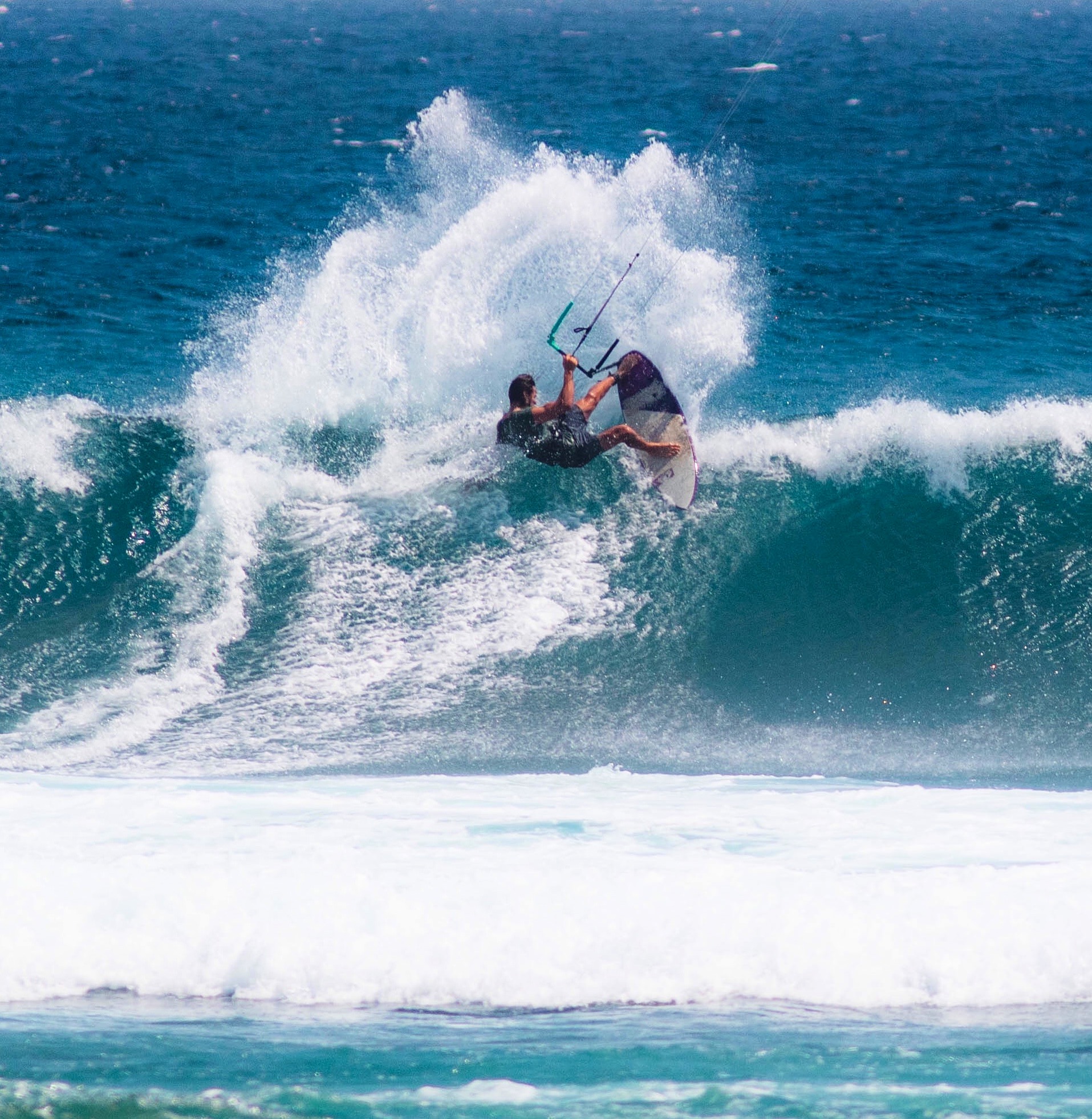