We caught up with multiple World Champion and long time friend of Airush, Mark Shinn, to get the lowdown on why he chooses to ride the Airush Ultra range.

Mark is one of the original kiteboarders, starting the sport back in 1998 and becoming the only competitor to win both the PKRA and KPWT tours as they were known back then. Arguably he was the only true world champion of the time as he held both world titles.

These days he spends his time developing products he sells under the Shinn brand. It’s inevitable that as a product designer himself, he appreciates good product. 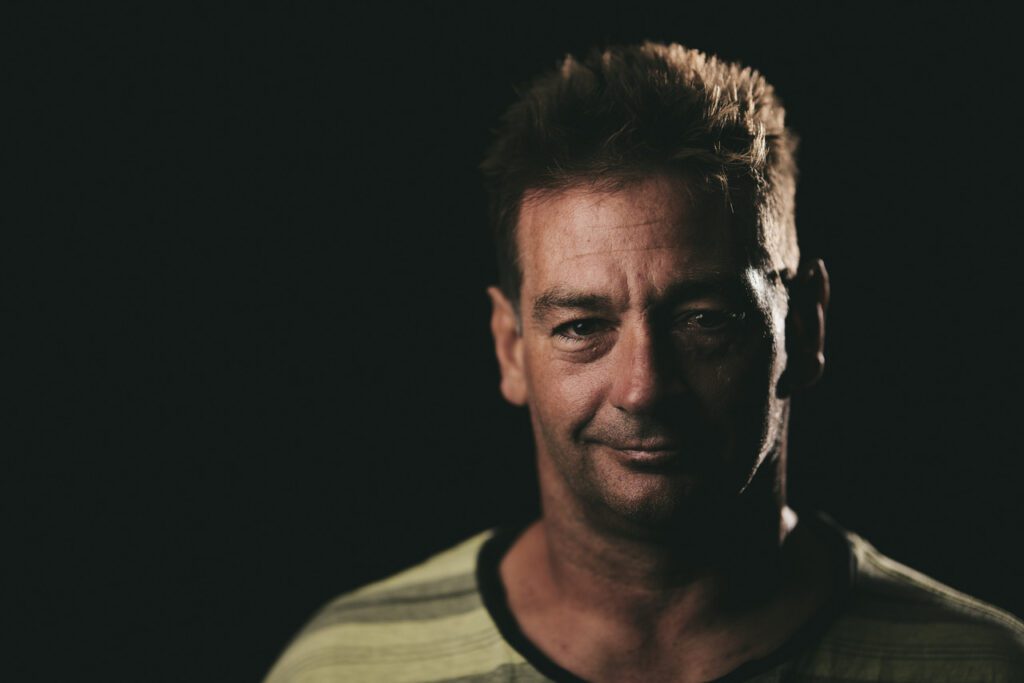 Where are your favorite kite spots in Poland?

Poland is a surprisingly large country with a lot of lakes and a stretch of coast line. On the right day at the right time you can find world class conditions for pretty much all kiteboarding disciplines. For freestyle Rewa has some of the best flat-water conditions available outside of the Brazilian lagoons, in fact the whole Hel peninsula is pretty epic for kiteboarding with flat water and coastal riding only separated by 100m of sand!

I have to admit though I may be a little on the old side for pure freestyle – the search for swell runs deep. I guess if I had to choose the perfect forecast for the perfect Polish spot it would be Ustka for a great kite wave session but I’m pretty stoked to be at our own home spot in the South – Goczałkowice Lake for some kite foil action.

One of the great things about a large country with no trade winds is the search – there are so many spots with potential, each working on a different day and with different wind directions – the quest to check them all will take at least my lifetime! 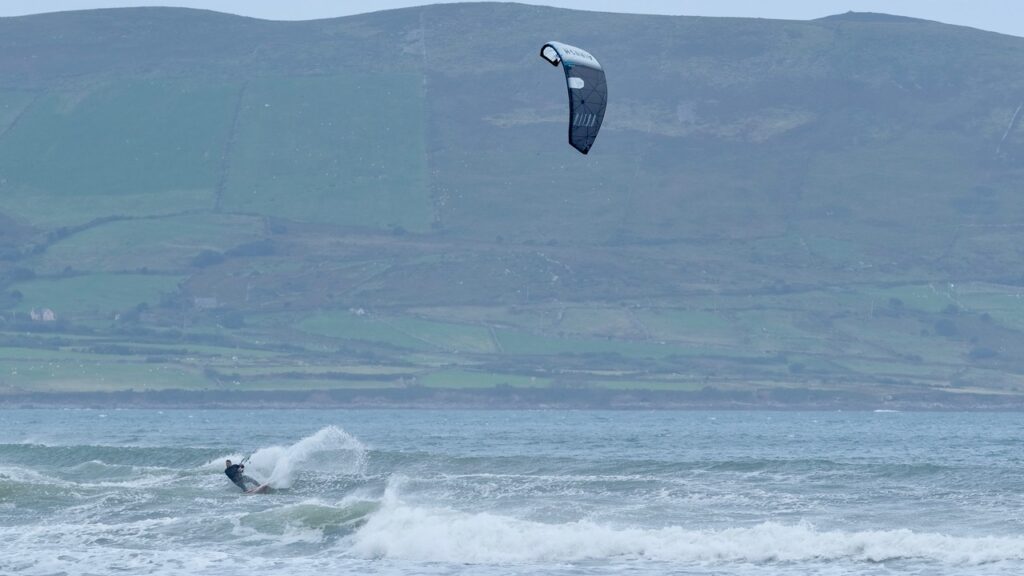 Where is your all-time favorite spot for hydrofoiling?

I think one of the great things about the hydrofoil is that it is so tolerant of conditions, flat water, choppy water, light winds, strong winds, gusty winds you can have fun in almost all conditions, except shallow water and water full of seaweed… I think about the foil as the great leveller… I have experienced so many epic kite foil spots it’s hard to pick out just one though.

I remember a few years back on day 1 of the Kite Armada event on Hayling Island in the UK, there were head high waves, cross offshore and only 8 knots of wind, We had kite foil nirvana!

Last year we did a photoshoot on a Kite Safari charter boat in Egypt and we had a blast foiling through the reef gaps and channels…. (google maps open on the phone all the time to see where the gaps where, almost like adventure racing with a kite and foil.) But, southern Poland also has long days during the summer and the experience of light wind foiling on the lakes as the sunsets over the mountains is special, I think every spot has its day you just need to be there to experience it. 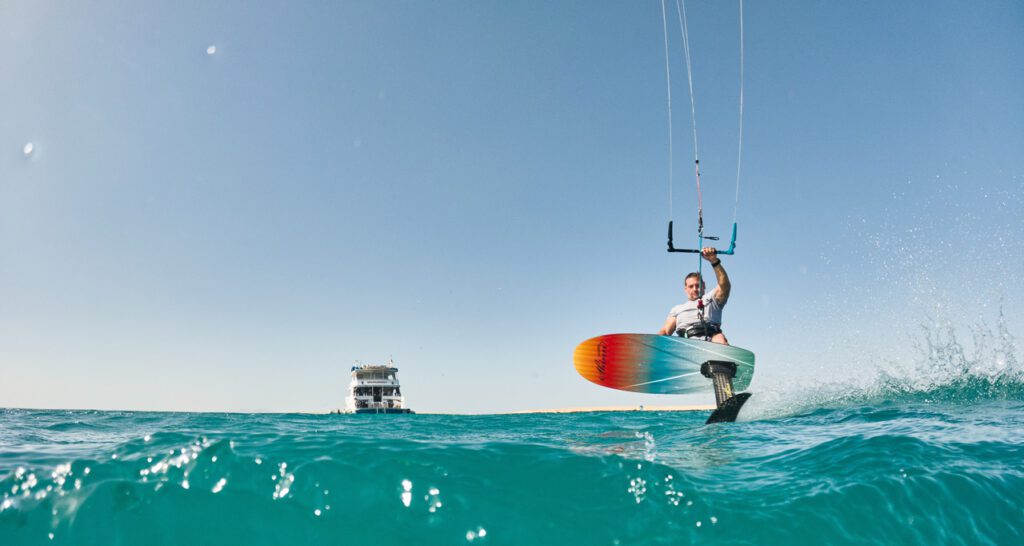 What are the lightest winds you have flown the Ultra Team in, what was your size and setup?

In light winds I like to go cruising, and the larger kites also allow you to park them, sit back in the harness and relax, for freestyle smaller faster kites are fun but for longer distances it’s nicer to keep the kite still.

Recently I’ve been messing around a lot and kite foiling on my light wind wing setup… I was winging and the wind dropped so I grabbed a kite and headed out on the 80l board and 1200cm2 foil – a revelation! So much fun!

The larger board allows you to float, even when the kite is not pulling and reduces the amount of wind needed to start by a few knots. Normally, the wind I need to foil in is the same as the wind strength I need to be able to waterstart onto the board, but with the high volume board I can actually kneel start it like a wing board and then it is up and riding in winds normally only the race kiters are out in.

This has led to me experimenting with shorter and shorter lines and discovering a whole new type of way of riding using the foil to generate speed more than the kite… round the worlds and other moves suddenly take on a new dimension in such light winds.

The Ultra Team really stands out in this as it’s super light weight keeps it hanging in the sky in even the most ridiculous of situations.

I’ve even found my self changing DOWN a kite size from the 9m to the 7m as the wind has become so light that the speed and weight of the 7m make it easier to keep in the sky – If changing DOWN  to your smallest kite size because the wind has dropped is not a game changer, then I don’t know what is!! 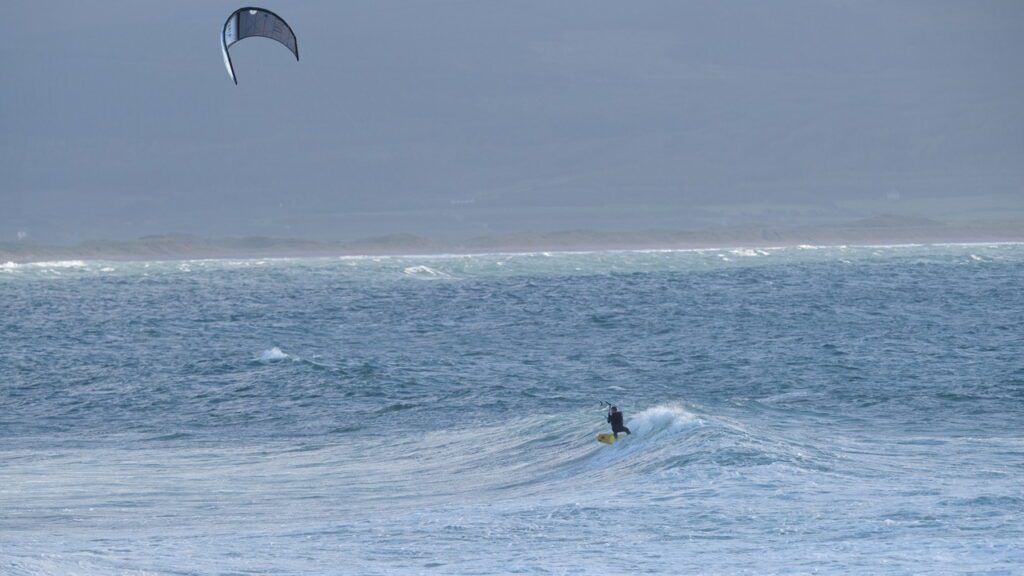 What has been the most significant performance feature that you have felt Ho’okipa brings to the Ultra?

The reduced diameter of the Ho’okipa leading edge makes the kite extremely fast flying through the window which unlocks the doors for a lot of carving foil tricks but it’s not just the speed, the fixed bridle (no pulley) just makes the kite steering ultra direct and intuitive… speed and control… it lets me put the kite in places I would not previously have considered as it would have led to a swim for sure! The speed of turning and direct handling also means that it is perfectly possible to use a size smaller than you are used to – a great feature for kite foiling or wave riding in light winds.

Having a shorter, pulley-less bridle makes re-launching even easier and faster and in the event of putting the kite in the water upwind of you (for example mid round the world) there is less chance of the kite rolling over the bridle and tangling.

The reduction in weight is also a huge benefit in low wind conditions as the kite just hangs in the sky and drifts with you in downwind moves.

New for the Ultra Team for me is the wave riding ability. The super direct and instant turning, exceptional flying speed, good power delivery and unmatched drift make the Ultra Team a great choice for wave riding in both onshore and offshore conditions… in fact in all conditions as long as you are not massively overpowered.

You have a few titles to your name, where do you see the future of lightwind and hydrofoiling going?

That’s a good question…obviously, racing is a massive thing now that it is the Olympics, but I believe for most kiters the attraction is going to be the same as it always has been. The reduction of wasted trips to the beach (or lake). More time on the water and less sitting in the car watching – there are few things more powerfully motivating than sitting and watching someone riding around having a ball when you are on the beach waiting for the wind to pick up.

Of course, some riders become Foil devotees riding in all conditions, but I am more of a “right toy for the right day” kind of rider and get bored too easily, I need to use all the toys I’ve packed into the van. I have a lot of toys for 20 knot days but in sub-12 knots the kite foil is hands down the winner.

In terms of equipment, I guess it’s a journey and there is no short-cut to the end product. The Ultra started an amazing development in kite design and the Ultra Team is probably the biggest step forwards since the first Ultra from my perspective… and this is just year one. I guess the team have plenty more ideas how to make the kites faster, lighter, better drift better re-launch (although that will be hard as the Ultra Team is just about the easiest kite to re-launch I ever had in my hands).

Foils will progress too…when the drag and limitations of the kite are reduced the possibilities for the foil change too and of course the board…. any big advancement opens the doors of possibility and forces the designers to re-think everything they thought they already knew…. I can’t tell you exactly what the future is going to bring, but I can promise you that it will be exciting and the trip to get there will be ALOT of fun!

Thank you Mark Shinn for your time!

Read more about the Ultra Team and Ho’okipa here.