Once again, the Red Bull King Of The Air in Cape Town was an unforgettable event, with many young riders claiming victories against some of the biggest names in kitesurfing. The event took place at Kite Beach at Table View, often referred to as the Capetonian kitesurfing hub.

He recently placed 3rd on the Big Air Kite League podium (more about that coming soon). We were lucky enough to catch up with Jason and discover what made him step away from the freestyle scene and take on big air. 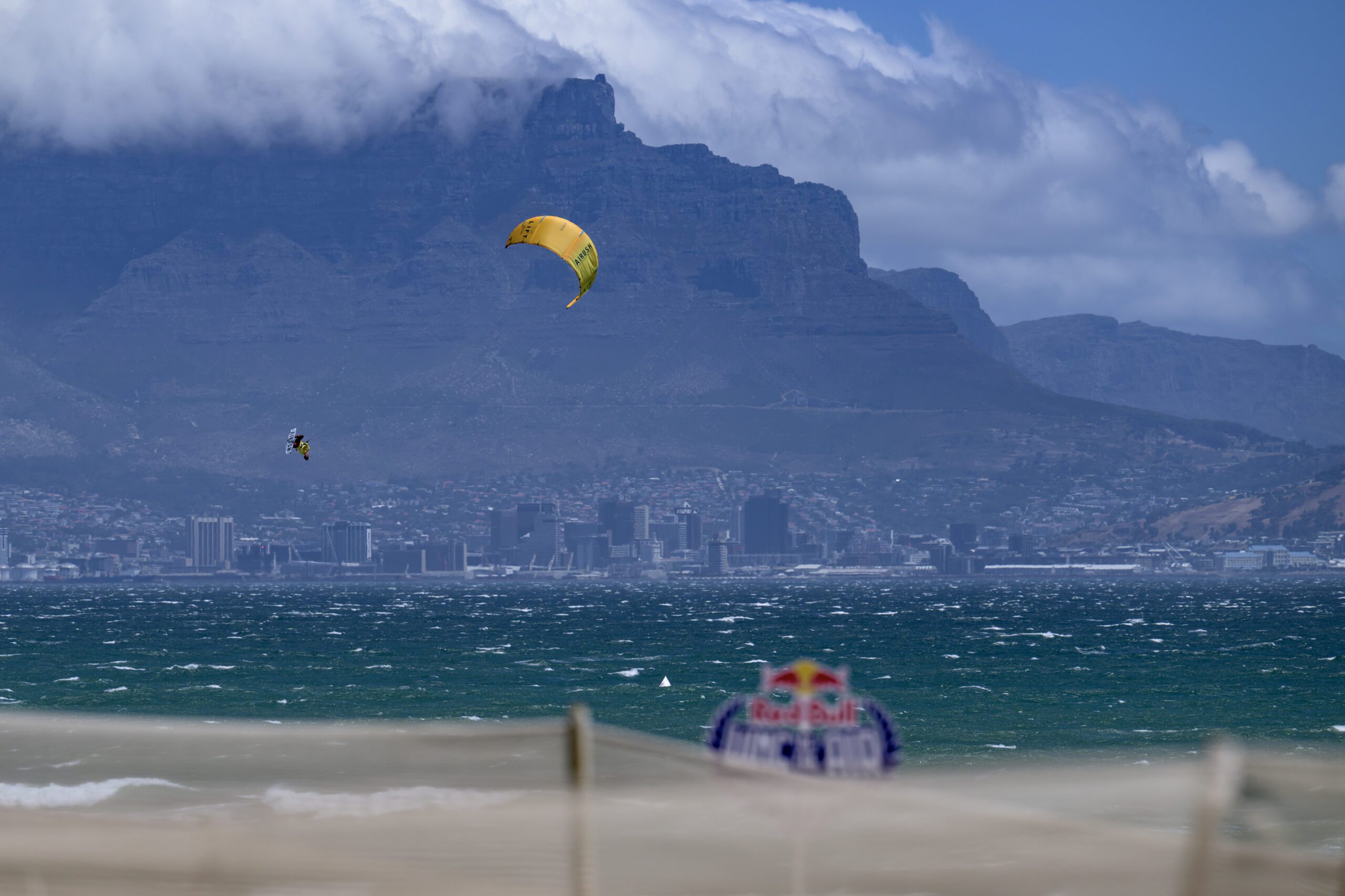 How long have you been competing in big air?

I have been competing in kitesurfing since 7, bringing it to 14 years of competition. Although in my early days of competing, from 2008 – 2016, all the competitions I entered were freestyle events. It was only from 2016 onwards that I started with the big air scene. 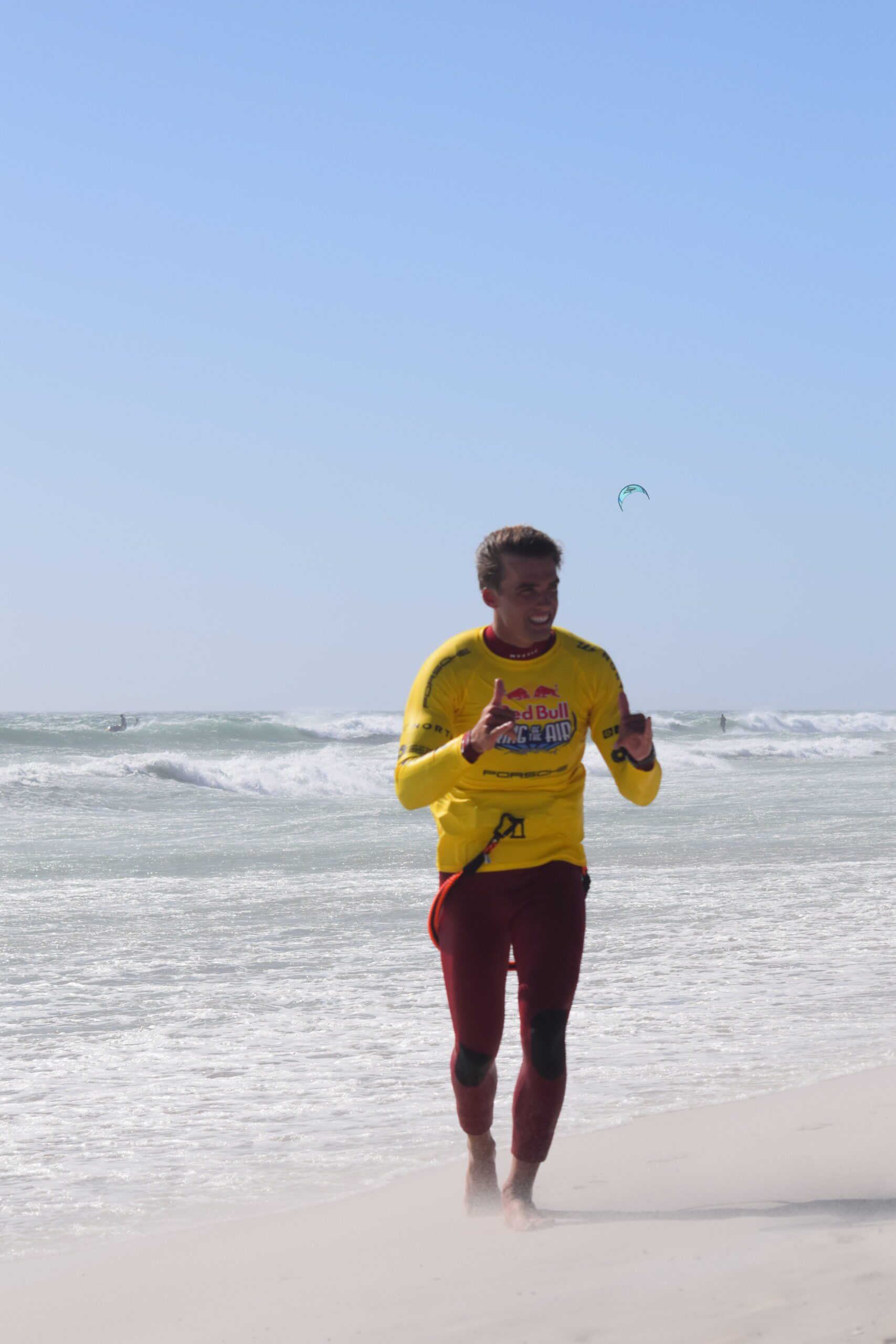 You grew up in Cape Town and you have watched the KOTA many times! What was it like to compete in this prestigious event again?

Growing up in Cape Town, I was lucky enough to watch all the KOTA events. I actually remember watching the first KOTA event in Big Bay and thinking that I have no desire to compete in this event but rather watch it and enjoy it from the beach. Competing in big air had no appeal to me back then. It was only from 2016 onwards that my love for big air started to develop, making watching KOTA more difficult as I so badly wanted to compete.

My first ever appearance in KOTA was in 2019 when I was fortunate enough to be selected to compete. It was a great experience and learning curve for me and has shaped my career for the coming years.

I was chosen again for KOTA 2022 (current) alongside 17 other incredible riders. What made this event so special was knowing that I was taking part in an event where the level of big air was higher than it had ever been before. The progression in big air since the previous KOTA had been exponential.

It was a fantastic experience, to say the least, mainly thanks to the hundreds of Capetonians on the beach cheering me on! 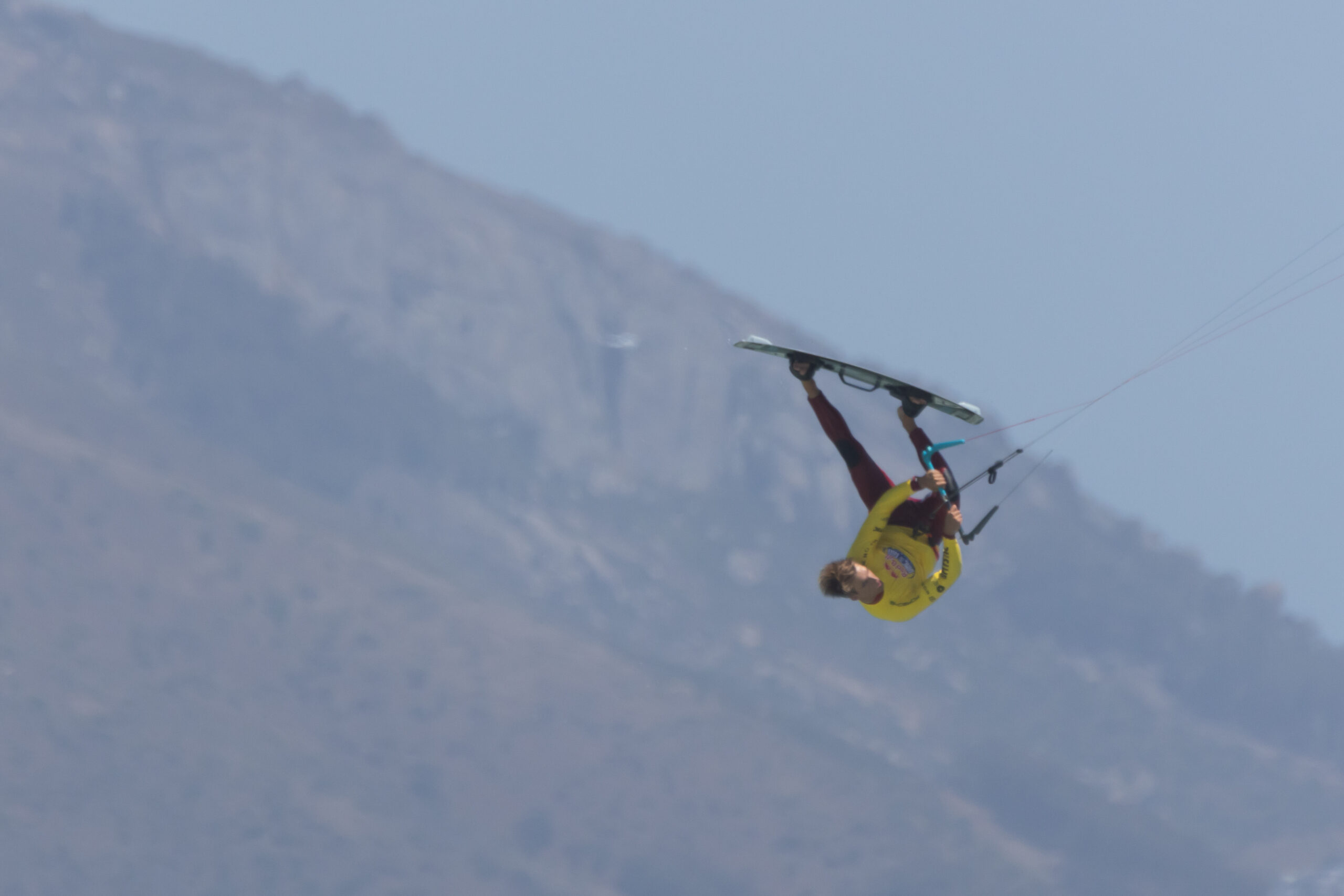 What were your expectations for your the 2022 KOTA event?

My expectations for KOTA 2022 were to put on a show, ride hard, and show the world what the Airush Lift is capable of.

Everyone competing in KOTA wants to win and take home gold, but it’s now at a standard where anyone could take home gold. Everyone entered into the event is capable of winning it.

How did the event go for you? Was it what you were expecting?

KOTA 2022 went ok for me. I had a perfect start to the event in round 1, in which Giel Vlugt and I  competed and I was thrilled with how that heat went. In round 2 I went up against Kevin Langeree, where I was unfortunately knocked out of the event.

I would have liked to have advanced further in the event, but I am really fortunate to have competed with so many other talented individuals and I am, without a doubt, even more excited for next year’s KOTA!

What was your proudest moment during KOTA?

My proudest moment during KOTA was rigging up my gear on the beach. For me, it was such an unreal experience to have joined Airush in October and then, only two months later, pump up and display a whole quiver of Airush Lifts in front of thousands of people on the beach and tens of thousands of people on the live stream, in the biggest Kiteboarding event in the world. That and being able to put on a show in front of my hometown and crowd was a dream come true. 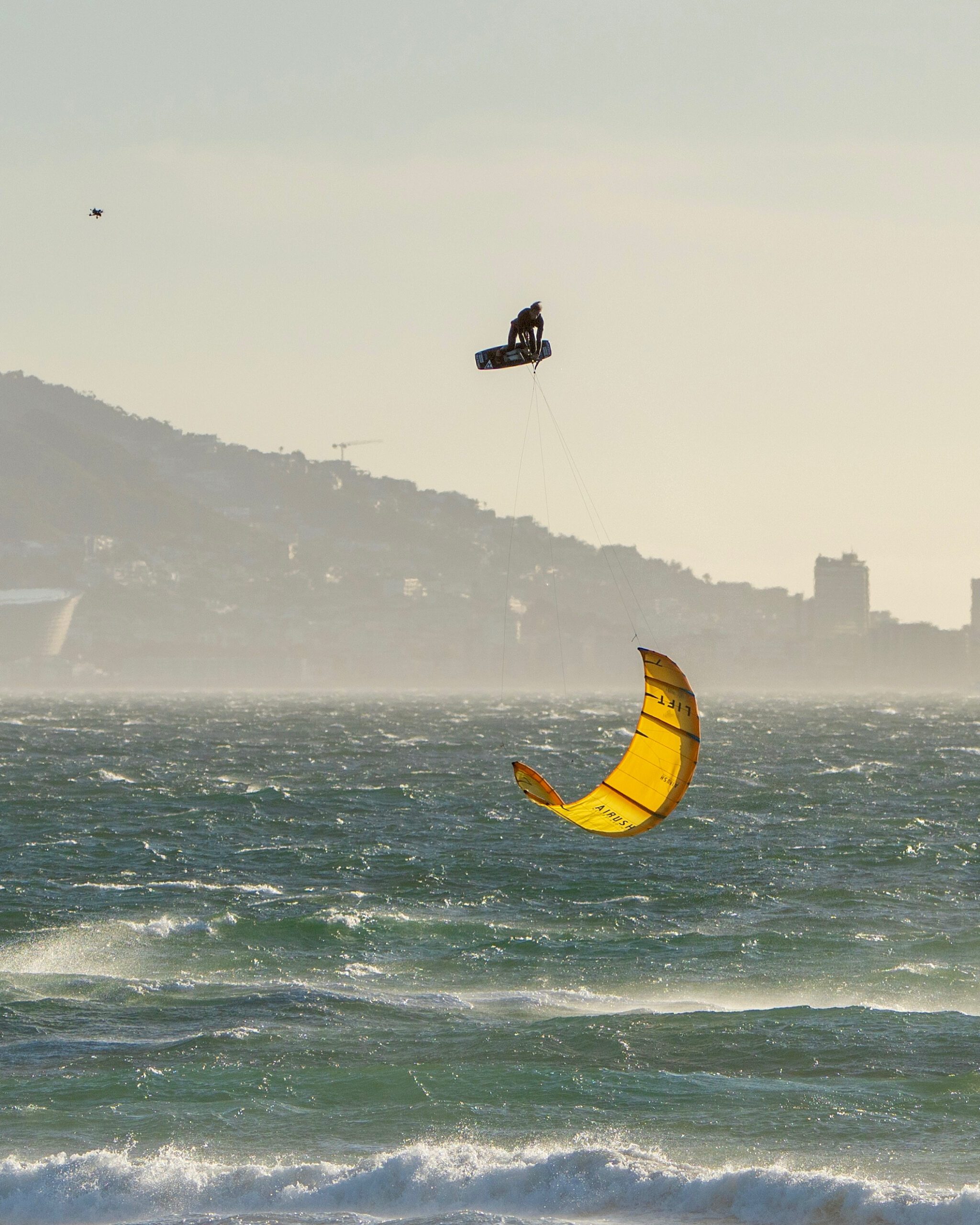 Has the level changed a lot over the last year?

Over the past year, the level of big air has progressed so much that it completely flattens the curve of progression from the beginning of kiteboarding until the start of 2022. The way big air has progressed is frightening but also so exciting simultaneously. It now separates the crazy guys who send it without much training from those who dedicate every day to big air and have developed a trait of fearlessness alongside tremendous dedication and desire. The moves only a very select handful of riders could do last year are the minimum requirement for all riders this year, like with double loops and S-loops.

My goals for 2023 are to continue progressing as a big air rider and compete as much as possible. Competitions are essential as they push me to keep training and staying in top shape. 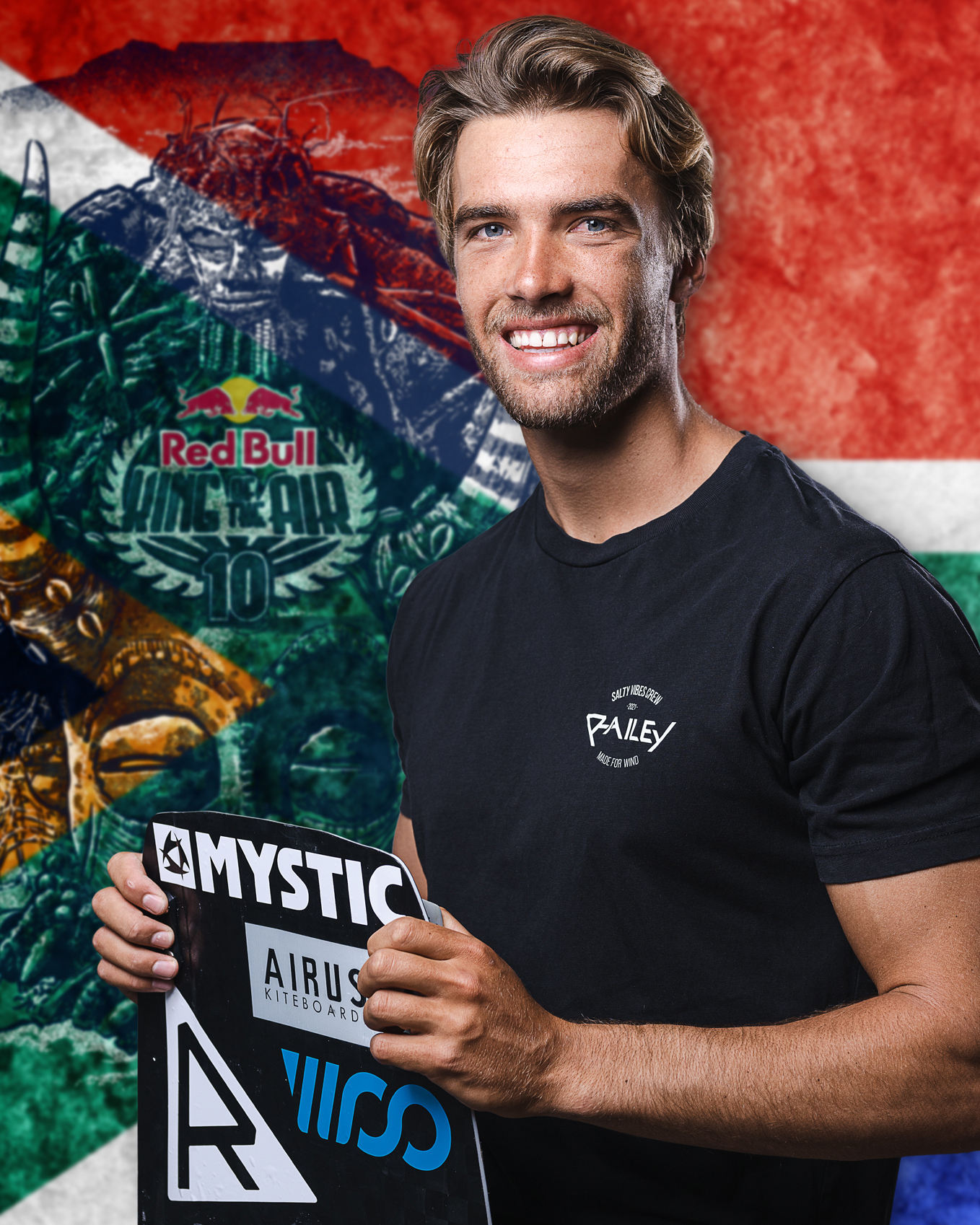