BEHIND THE DESIGN – THE NEW LIFT

The Lift is said to be the kite that really put Airush on the map with its top end control, big air capabilities and smooth power delivery and was designed to turn the advanced rider into an expert, and a mere competitor into a winner.

With the advancements in modern technology, a massive big air trend and a crew of passionate riders and designers, full circle around to 20/21 and the Lift is back. We caught up with Airush Kite Designer, Mark Pattison, and go behind the design of the new Lift. 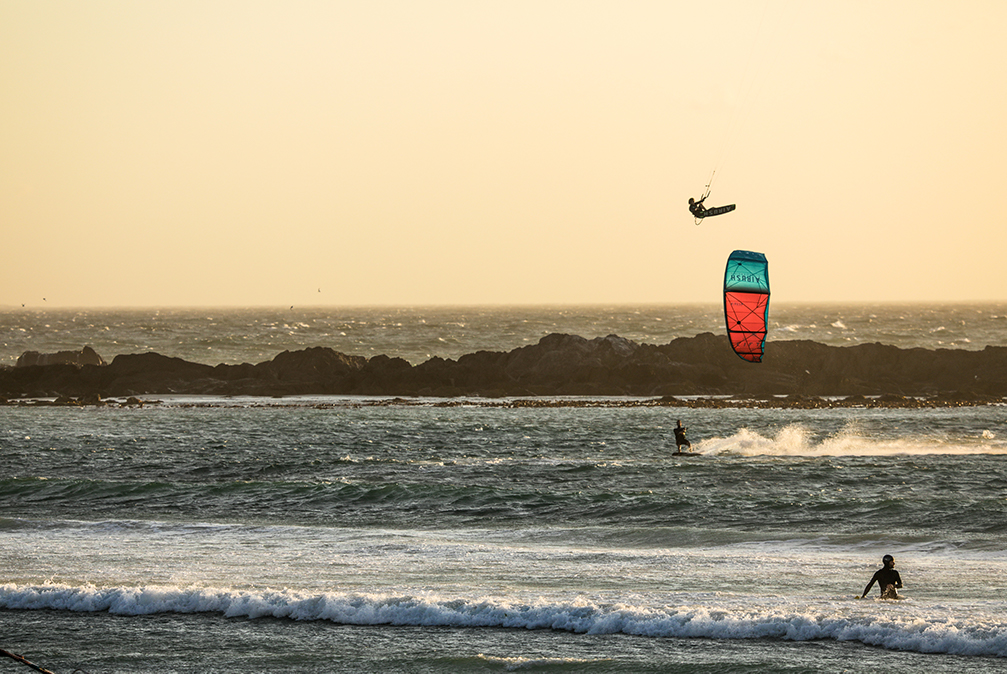 What was the reasoning behind bringing the Lift back after a 13-year hiatus?

We have been wanting to create a new big air kite for the last few years, and whilst looking at the range felt that now is the time. There has been a growing big air trend where riders are chasing hangtime and height, the combination of both of these lead to really focusing on the development of the Lift.

Just looking at the rage for big air, the Razor is our traditional C-kite with 5 lines, that in the smaller sizes is a mega-looping machine, and bigger sizes are renowned for their Freestyle capabilities. The Union is more for performance freeride, big air and freestyle crossover. The Lift fits well and brings something new to the market, offering ridiculous hangtime, performance freeride and of course you can go really high.

The naming of the Lift only came about later in the development whilst testing, it was such a legendary kite, that one of our testers Sam Medysky proposed it, as he had heard about it many years before. You would have expected the idea to come from the original Lift stalwarts such as Mike Birt, who was a team rider at the time and become our distributor later on. It´s great to have that kind of legacy, to continue to build the company on. 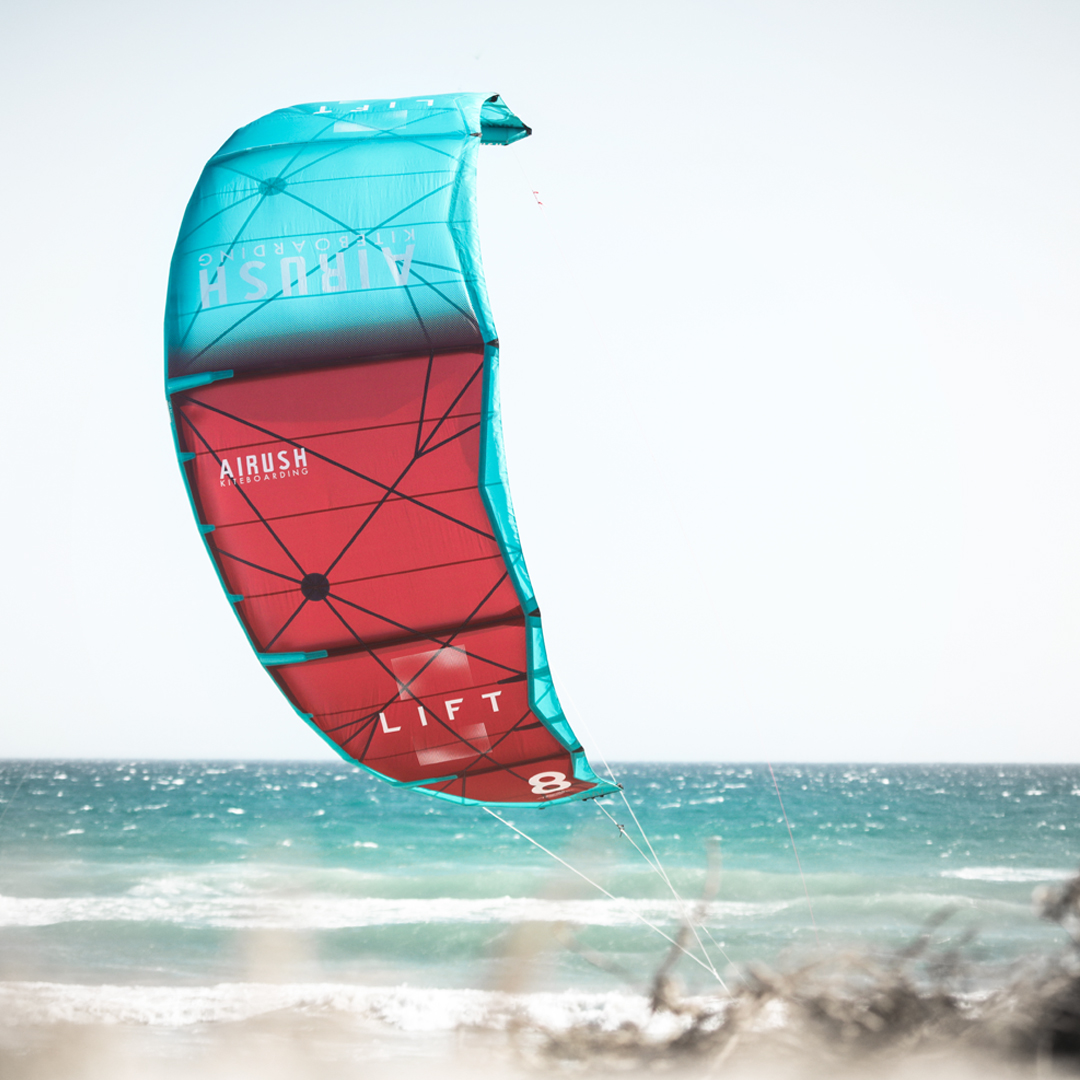 What influential factors have been involved with the New Lift?

We have a team of really passionate riders that love going big, and that give really good feedback, so during the design process we predominantly used Ozzie, Gijs, Sam, Victor, Kyle, DK, Su, and myself.

There were a lot of people involved at varying riding levels, styles and each who prefer different aspects of the kite. We wanted the kite to be able to perform from a full on professional level, to the everyday rider who simply wanted to boost and get lifted.

In the conceptual phase, we spoke about a few ideas, made a bunch of prototypes, tested them in a wide variety of conditions, some landed up being just OK and a few with some real magic, we focused on the good ones, refined those and developed what you now find as the Lift. 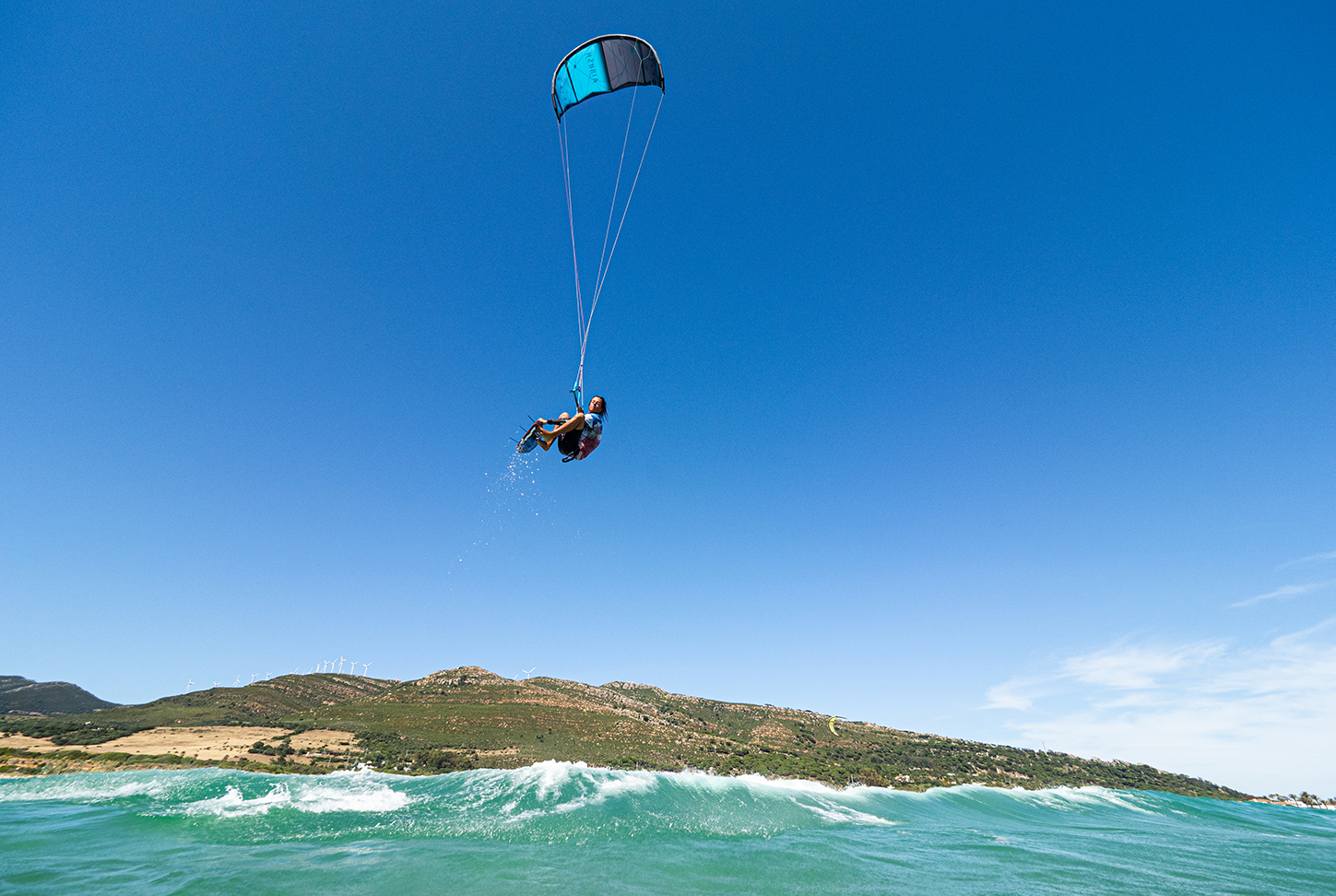 How does the new lift differ from the old lift?

In essence, the Lift is true to the original kite, meaning, that it is still all about performance freeride, and big air. We were chasing a similar explosive power feel, massive lift and hangtime, while still being stable in high winds and still being ‘easy’ to fly. However, from a technical standpoint, the new Lift is completely different to the old Lift.

The old Lift was a classic four-line C-kite, that had very little depower, and to jump it high, you needed to be very specific about where you placed it in the window, whereas the new Lift has tons of depower due to the bridles and sweep, has a much more open-C shape, and is way easier to jump. The addition of the Load Frame and WebTech reinforces the kite where you get the broader loads, so just helps maintain the structure in high winds, especially in key areas, such as the attachment points.

Ultimately, it still targets the same type of rider, those who want to go massive and enjoy really good hangtime, but who want to see a vast improvement in design and performance. 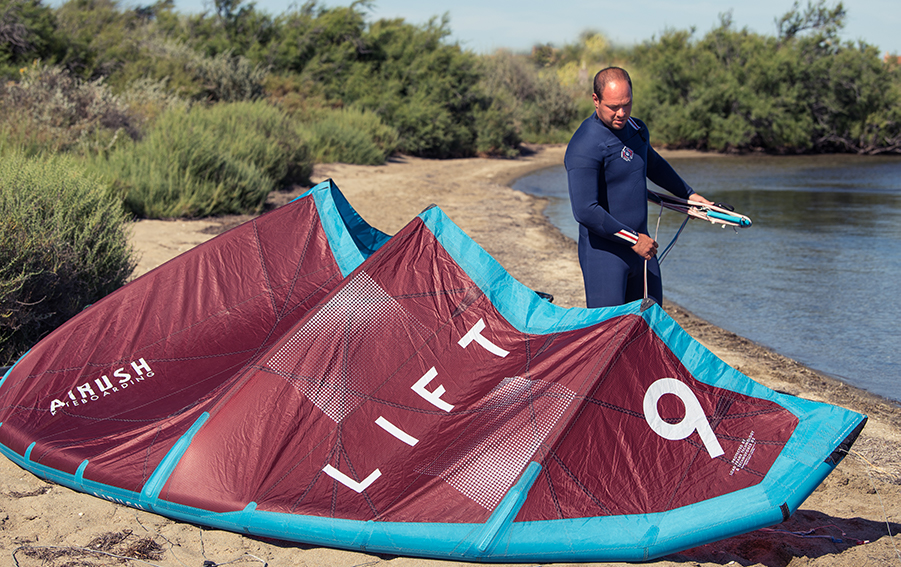 Even though the team that tested the kite are all experienced kiteboarders, how will it relate to the intermediate rider?

Depending on what style of riding you have chosen to pursue for your current level, or where you see yourself quickly progressing to, the Lift is geared to more performance freeride, meaning that you want to try some big jumps, have more time to perfect your simple spins or board offs, while experiencing a sense of flying, learning to loop, and just experimenting with your gear. Having the added sweep in the wingtips helps the kite to stay stable whilst pivoting forward and back with little effort. 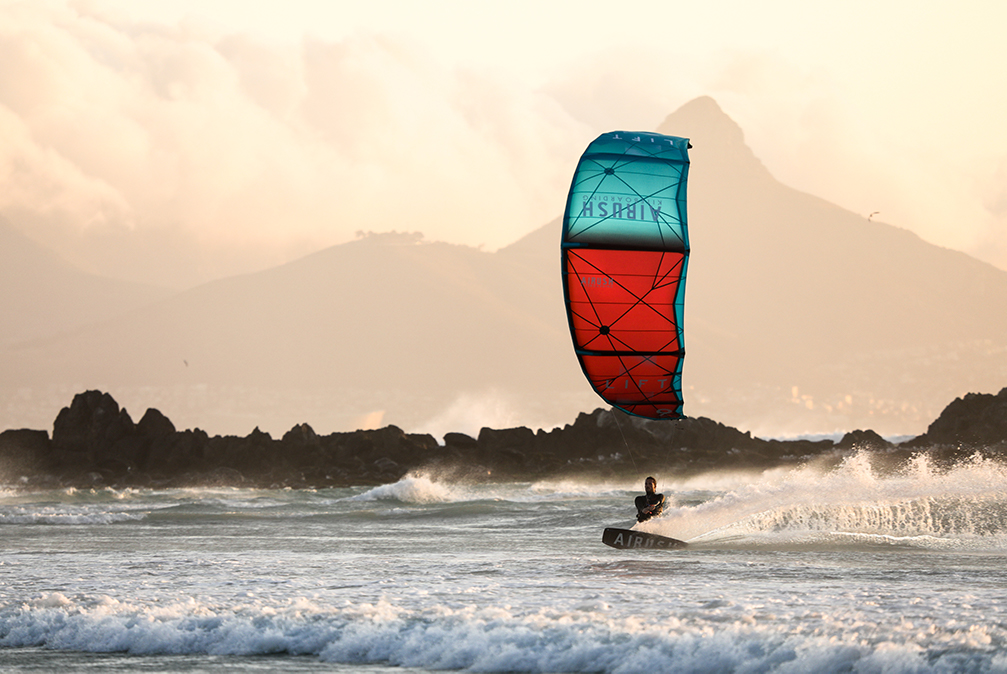 Why have you included an additional High-Y setting for the Lift?

We found that the high-Y feature changes the feel of how the kite reacts to bar movements, specifically depower, but on the other hand we are also finding some people prefer the Low-Y. It’s more of a personal preference thing and what works best for your riding style. It doesn’t increase performance, i.e. you are not going to get an extra 2m added to your WOO score because you put the High-Y setting on.

What design feature makes the Lift more stable in high winds, over say, the Union or Razor which have been seen in the King Of The Air and Mega-loop Challenge?

The Razor and Union are both incredibly stable kites within their own right, but they both have a more compact geometry, focusing a bit more on the lower, more powered mega-loop vs the Lift which is designed first for height, and with a higher loop in mind.

With the higher-aspect design of the Lift, for the focus on height and glide, you have more unsupported area between the struts, so we opted for a 5-strut design to increase the drift stability. This also works in conjunction with the Load Frame to keep the overall canopy shape more structured. 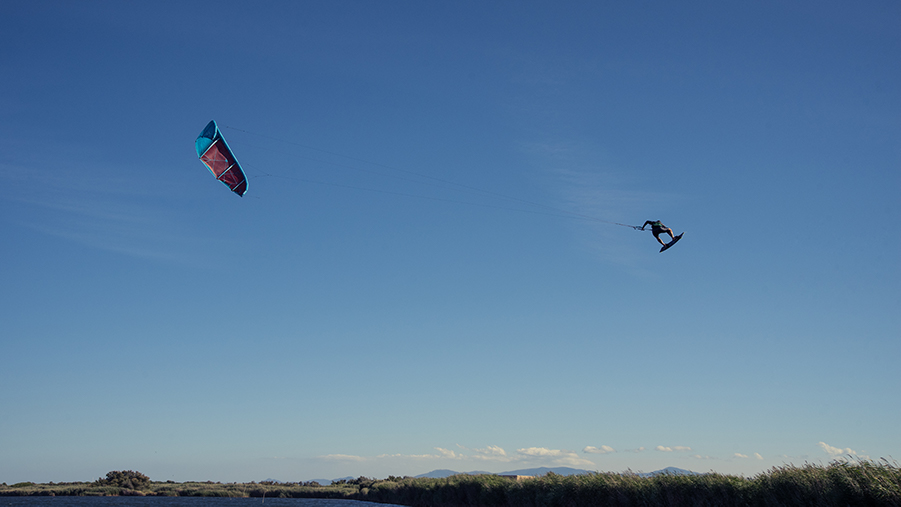 Besides for big air boosting, there is talk that the Lift is also suitable for foiling, why?

We weren’t really focused on foiling when developing the kite but, that is another testament to how versatile kites are getting. Due to the higher-aspect design, the kite will sit further forward in the window which is something more advanced foil riders are looking for when chasing their upwind angle.

What about strapless freestyle? We recently saw Kiko Torres pull off some never seen before tricks, like the Front-roll Tic Tac Flip, whist using the Lift.

We signed Kiko Torres pretty recently, so although he didn’t have any input into the Lift, he got his hands on the final prototypes and is raving about it for strapless freestyle. The hangtime has allowed him fit in extra maneuvers to each trick, like the Front-Roll Tic-Tac Flip – Watch here 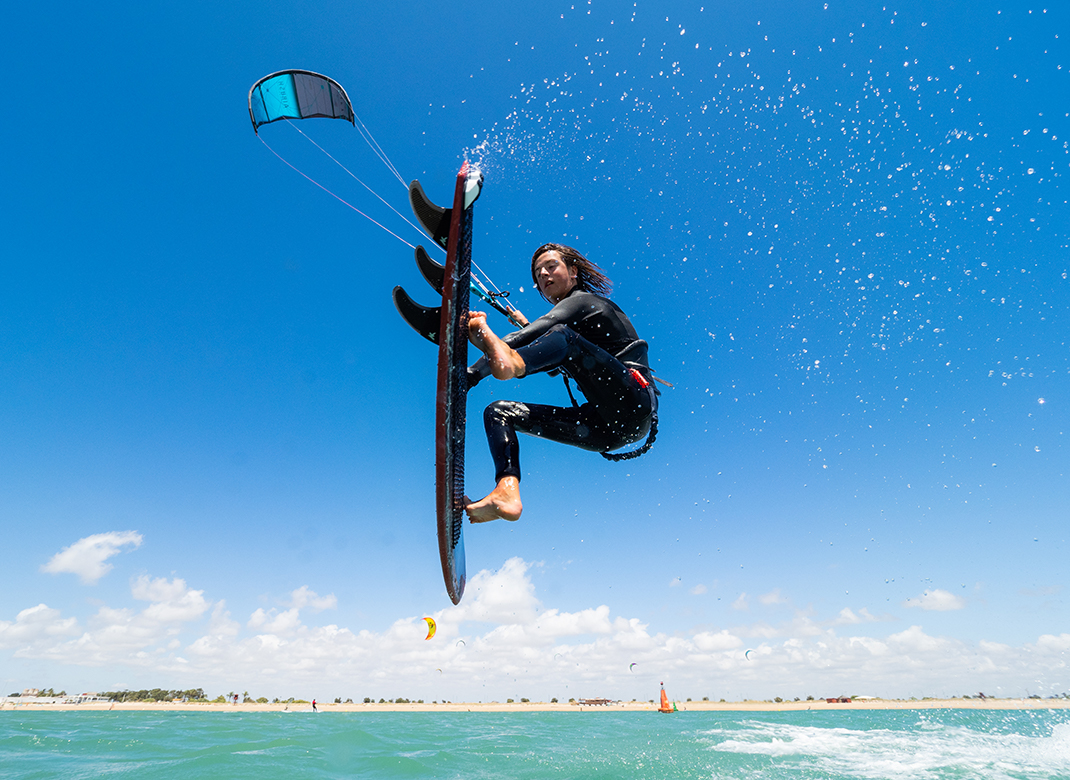 What board setup would you recommend with the Lift?

DK would give a much better lowdown on that, and I know there is some exciting stuff in the works, but personally I would ride the Apex, also I generally prefer to ride a bigger board and with straps over boots. The Lift is that versatile, that we have everyone from boot freestyle riders to the strapless crew, as long as you want height, it’s the right machine.

What would you say the ideal wind range would be for a 9m 75kg rider?

I would say around 15 – 32 Knots, depending on your skill level, and how powered you like riding! 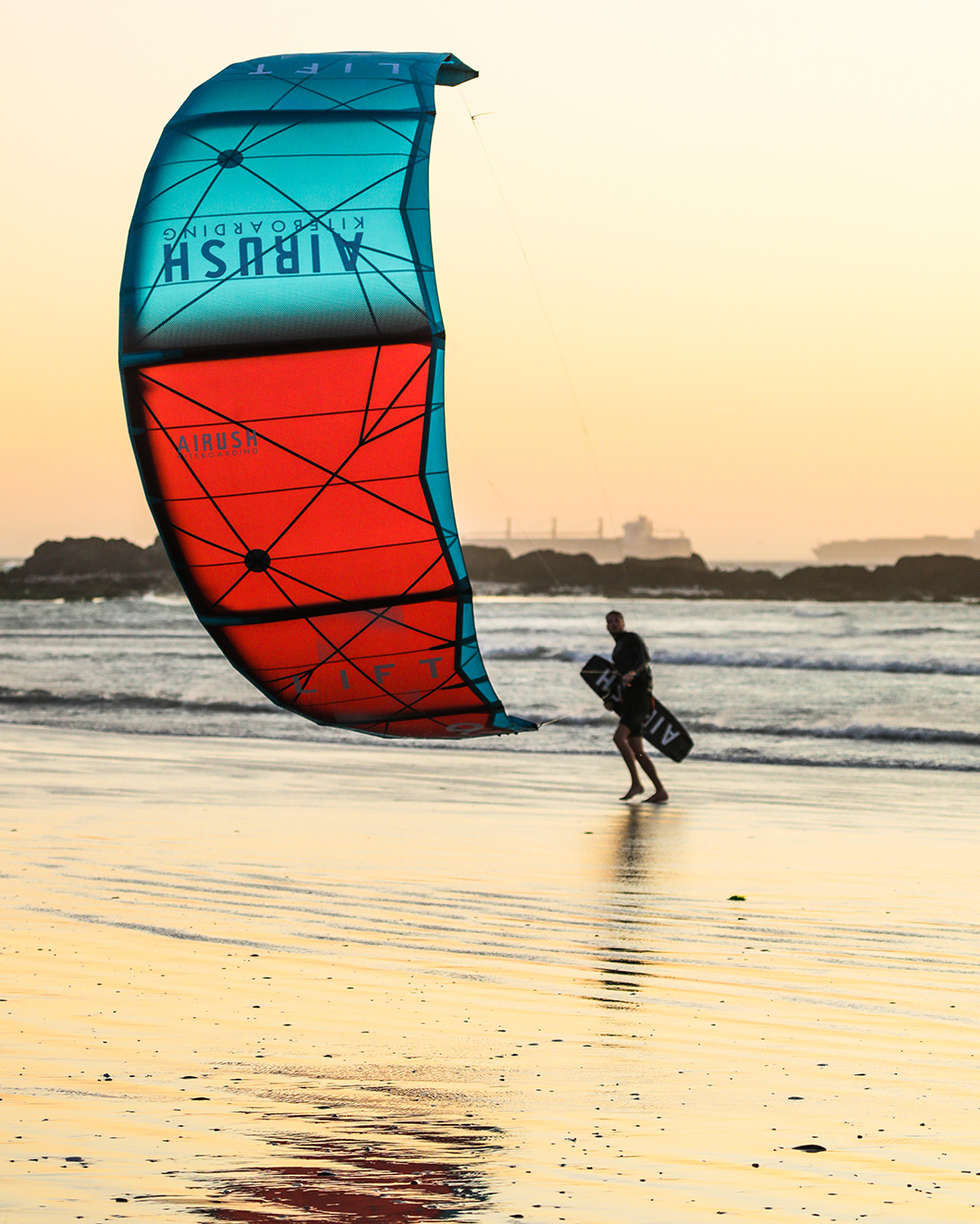