BEHIND THE DESIGN -THE NEW UNION III

The Union III has been completely re-designed from the ground up to give you the same great performance as the Union II, while pushing the aggressive all-around rider to the next level.  With the re-design we felt it was necessary to sit down with Airush Kite Designer, Mark Pattison, to give you the details on what has changed and what to expect when you take throw down with the Union III. 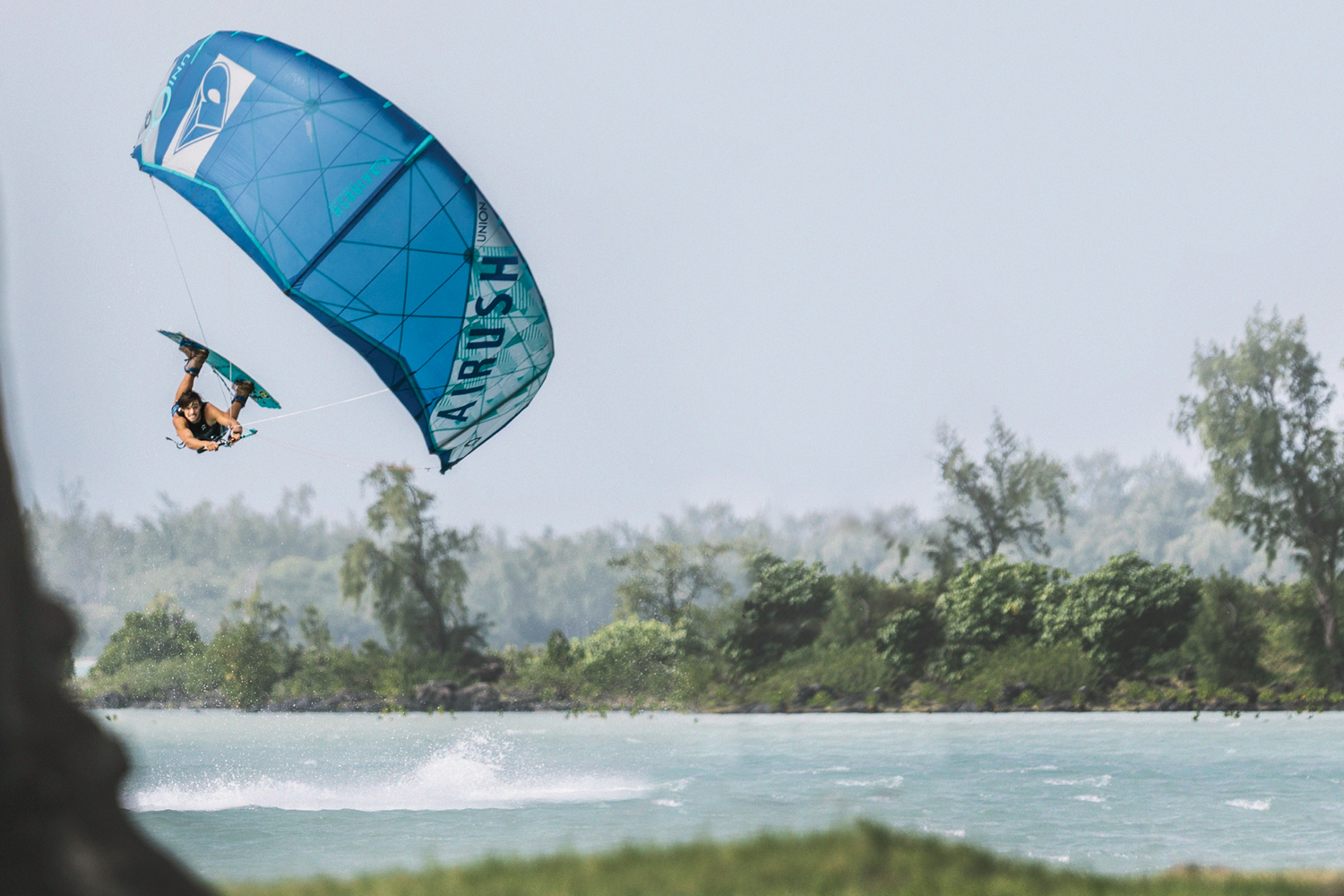 So the new Union III is a complete re-design from the Union II, where did you get inspiration from for the new shape and design?

MP – The Union II design was amazing but I felt like I had gone as far as I could with it, without ruining the feeling and performance that riders loved so much about the kite. I spent about 2 years trying to improve the Union planform without losing all the characteristics but was really hitting a wall. So, I started to mess around with a blend of other designs in the range.  Specifically the Wave and, funny enough, I used a lot of qualities of the Diamond that lead me to a break through!

What attributes of the two kites did you take from each kite?

MP – That’s a pretty tough question to answer. They are all very different kites, I used the Wave and Diamond models to begin with, but everything is completely different really. The aspect ratio is so much higher on the new Union III that all other attributes change completely.  So to say that they feel like these two kites wouldn’t be fair to say, but you definitely see some DNA in the Union III while still having the familiarity of the Union II. 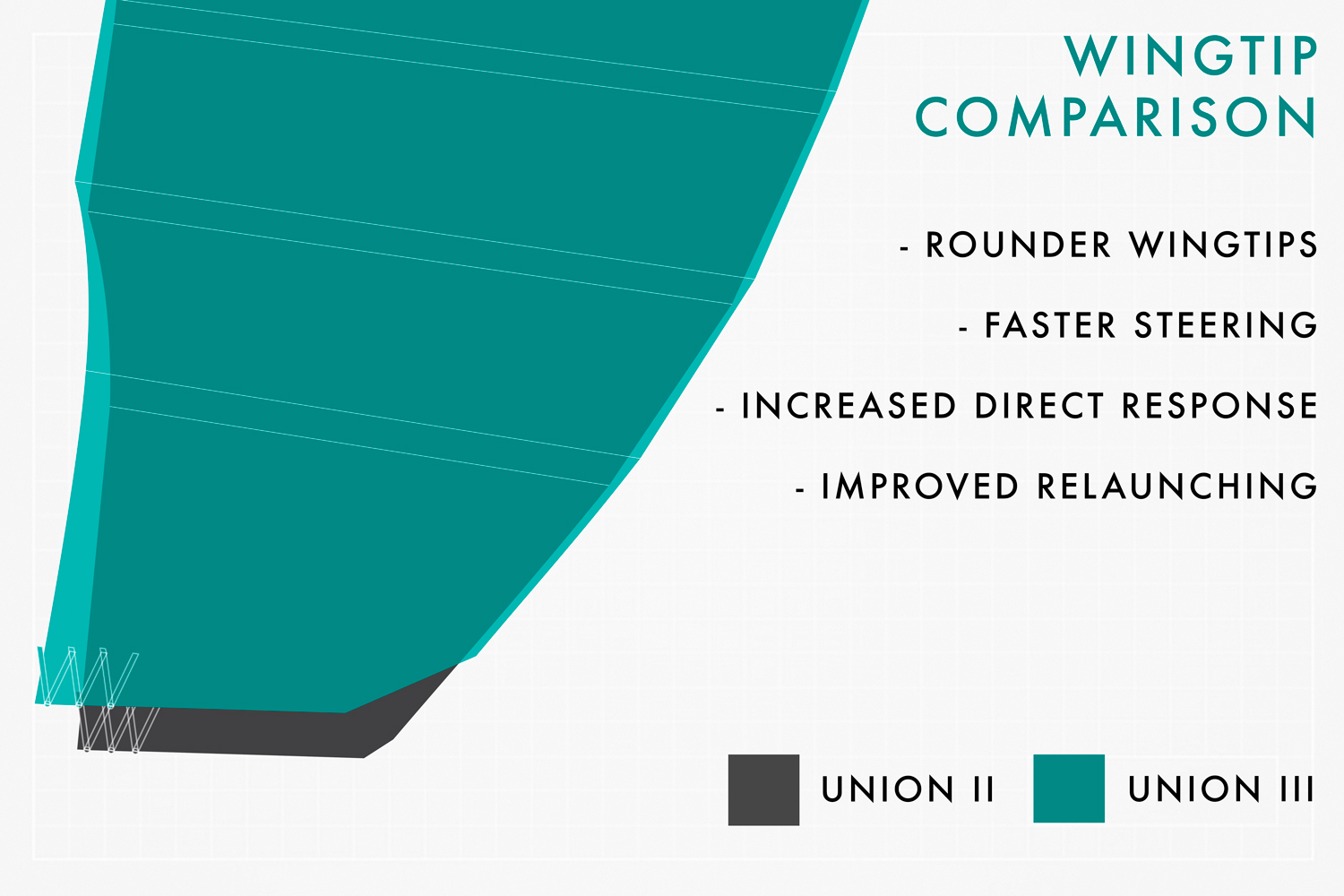 What would people notice going from the Union II to Union III?

MP – Straight in your hands, the first thing you will notice is the steering speed and responsiveness. It is simply so much faster and direct than the Union II. Naturally, along with other changes in the planform, this improved the boosting, hangtime and looping that we were searching for. This was a priority to improve and is something that the test team was extremely satisfied with.

Can we talk Jumping? Since steering speed and responsiveness is a huge quality that makes a kite jump better, what else helped to increase the boost and looping characteristics.

MP – Without sharing too much information on the secrets to the design, the higher aspect ratio has a significant impact on the boosting, hangtime and looping of the Union III.

In the freestyle/wakestyle category of the kite, where do you see the improvements made in the unhooking capabilities?

MP – For sure it’s way better to unhook on compared to the Union II. The shape of the kite is much more “Razor shape” than last years. Higher aspect and closer wing tip chord length to center chord length ratio. 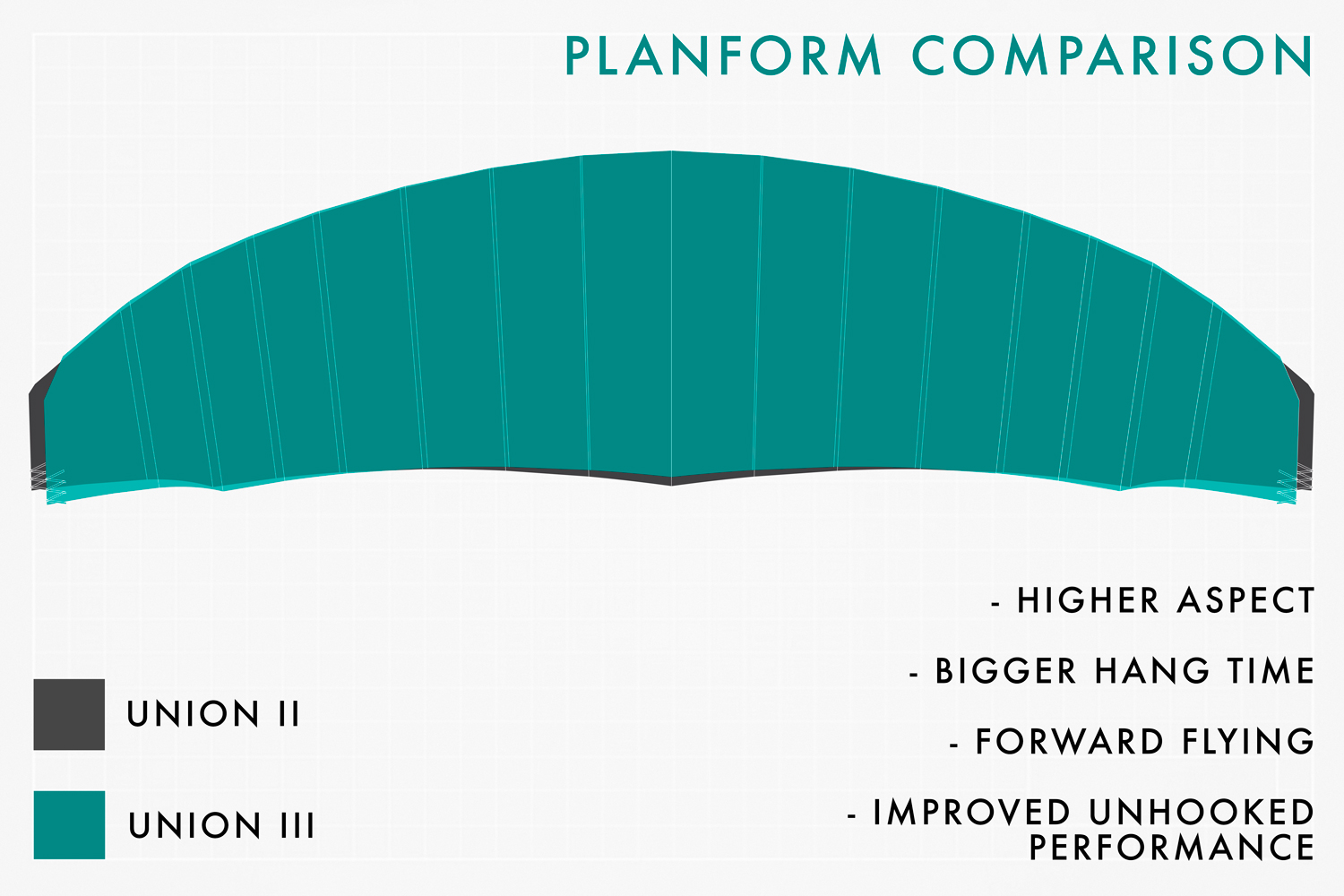 Any improvement in Relaunching? Drift Characteristics and gust response?

MP – It’s still got the same amount of sweep as last years, and more roundness right at the tip, so re-launching has improved. The drifting and gust response still remains the same as the Union II.  That was one thing that was really good that I wanted to keep in the kite.

In terms of Bridles, Does it show similarities to the Diamond or Wave? Is it a shorter bridle than the Union II?

Where would you see the Union III’s sweet spot – does it like to be ridden more lit like the UNION II or can you ride it more under powered?

MP – If you generate power by moving the kite around then I guess you could get going in slightly less wind than the 2017. For foiling you should be able to notice this more.

Would you consider it a tighter turning radius or more drawn out forward turning?

MP –  The turning radius would still be more forward turning, which is familiar with the Razor rather than the tighter turning found on the Lithium.  This is ideal for riders.