Being Wintertime back in Cape Town, kiting conditions can get a little tricky with storms often changing direction and within seconds you go from hero to zero as the squall passes and the wind is quickly replaced with a rainstorm.  The mission was clear – get an image that truly captivates the term “Throw It Down”, and for this, we would need to find something special on the charts… 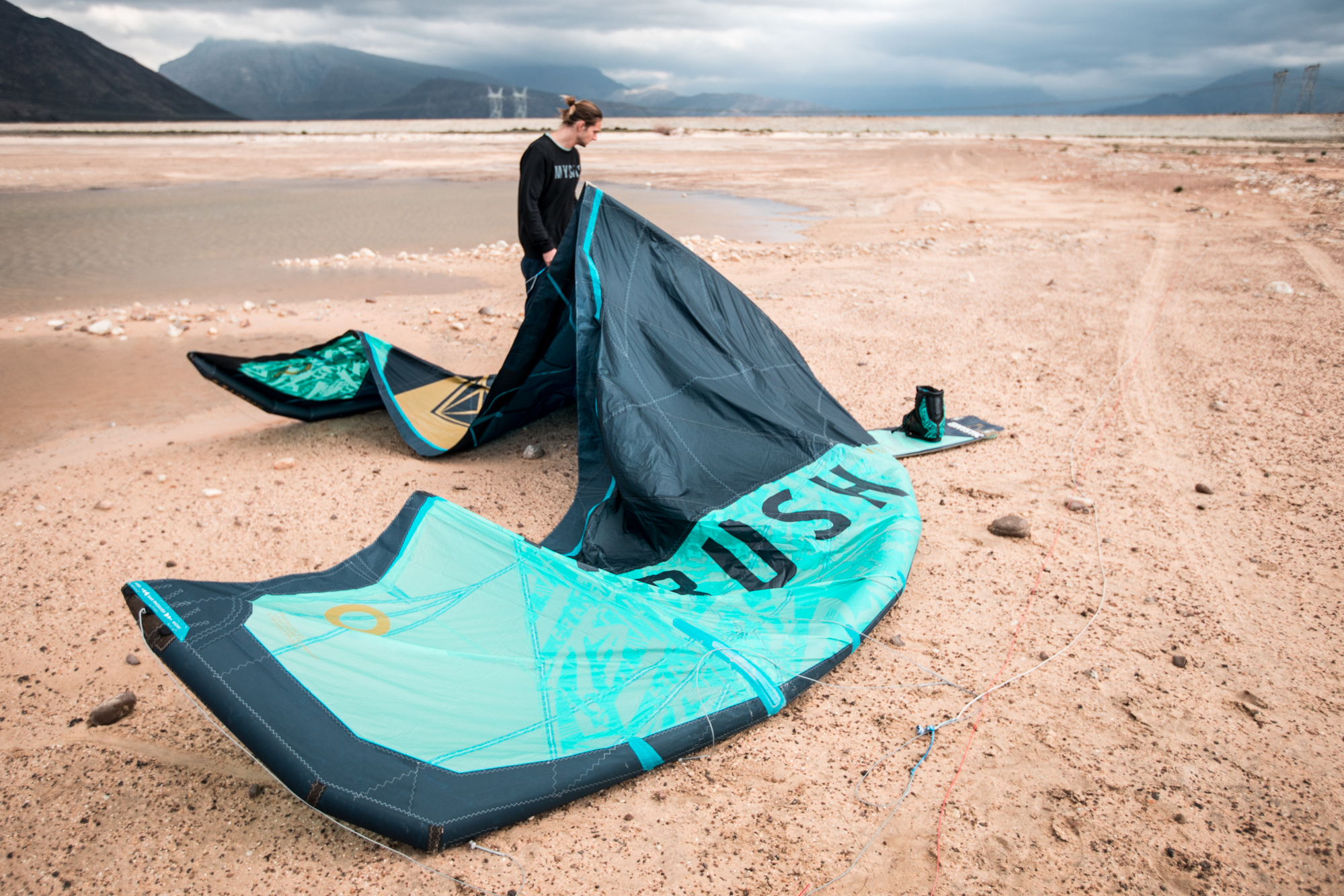 After a successful year of marketing the Union v3 using the “Throw It Down” tagline, it had been decided to keep with this theme leading into the release of the Union v4 which hit the market only one month ago. With a limited time schedule and some difficult conditions in the Northern hemisphere, the video campaign for the Union v4 featuring Sam Medysky, was unable to produce still images that met our requirements for the print ad. Knowing Oswald Smith was back in town for the week between travels, I figured there could be an opportunity to get an appropriate photo around home.

A location came to mind immediately when this cold front hit. Approximately 200km north of Cape Town among the mountain ranges lies the Brandvlei Dam. Being an inland location surrounded by staggering landscapes, this spot is notoriously fickle but with a sharp eye and bit of luck, it is possible to predict wind at this location.

The boys left Cape Town, and after a 200km drive had sight of the dam. The wind was on! Judging by the texture of the windswept surface, combined with the dramatic cloud banks surrounding the Mars-like landscape,  it was exactly the conditions we had hoped for. 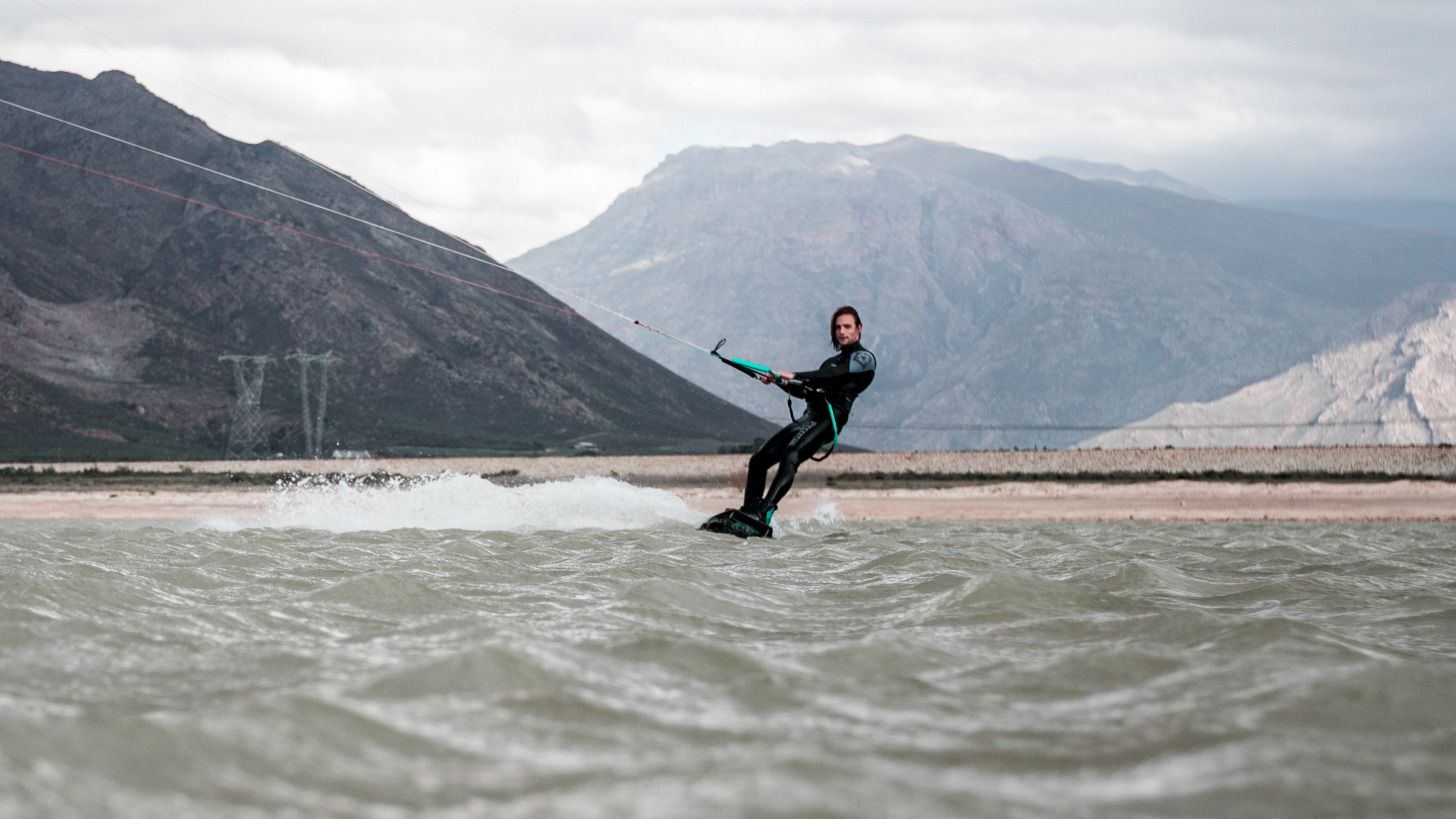 Arriving at the entrance to the dam, we were able to get in seamlessly as we could see other kiters were on the dam already kiting right ahead of the entrance. We knew what setup we were looking for in order to get the angle for the photo, so we traveled upwind along the banks of the dam to get closer to the offshore and slick side of the dam. As expected, the wind was pretty gusty out here and we ended up settling midway at a location where there was a sandbar some 100m from the edge of the dam. 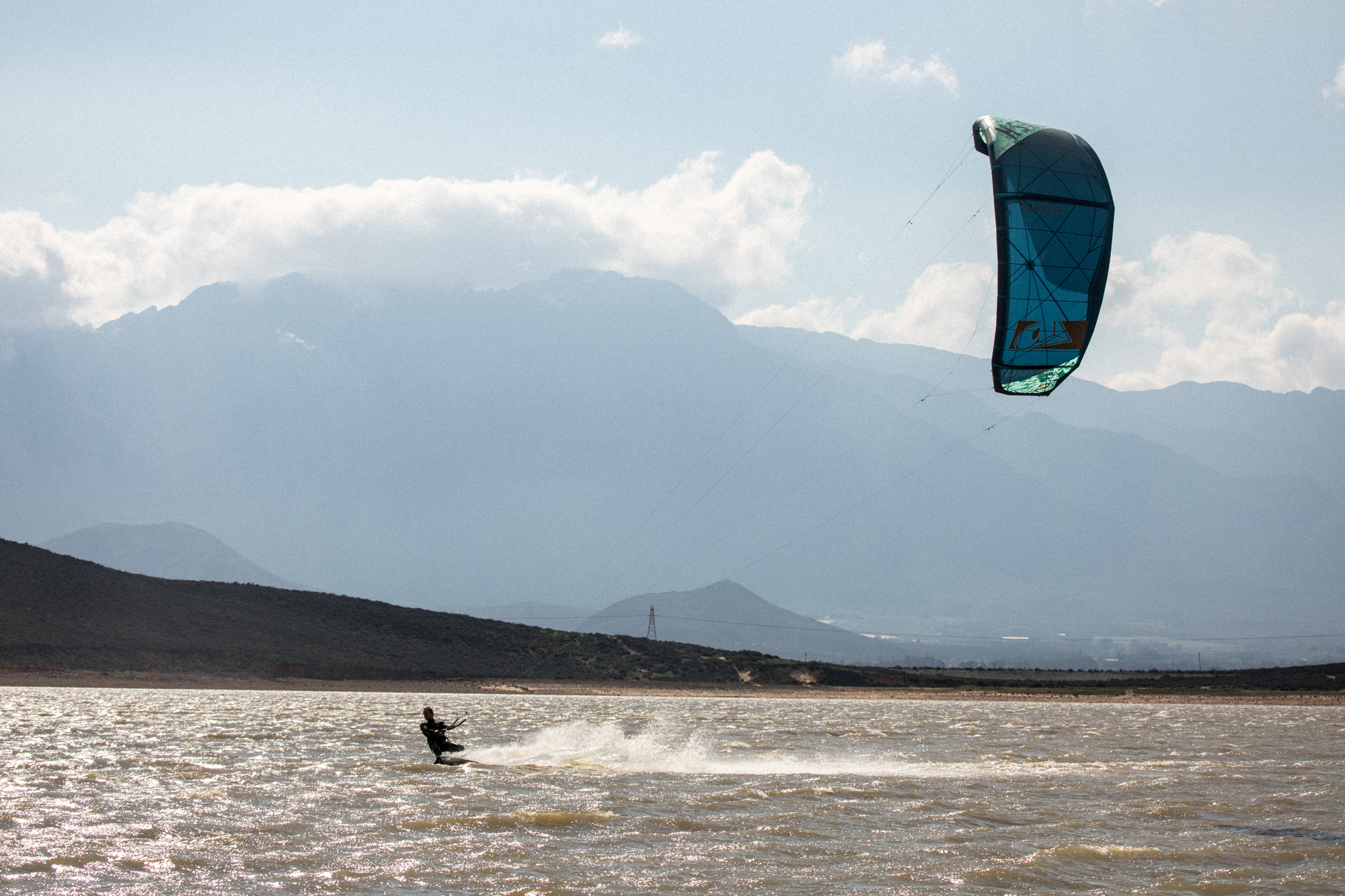 It should be noted at this point, that due to recent droughts around the Cape Town region the water levels in this dam are still very low and I was able to walk to this sandbar with the camera in hand, hardly wetting the waist. Of course, this is convenient for the photographer but presents safety risks for the rider.

The original plan was to capture the image from a downwind location, with Ozzie inverted infront of the beautiful backdrop with the kite in the foreground. We chose to ride the kite on a standard line length bar and this proved to be a difficult composition to achieve. Either the kite was out the roof of the image, or the floor was disappearing below the horizon of the image. 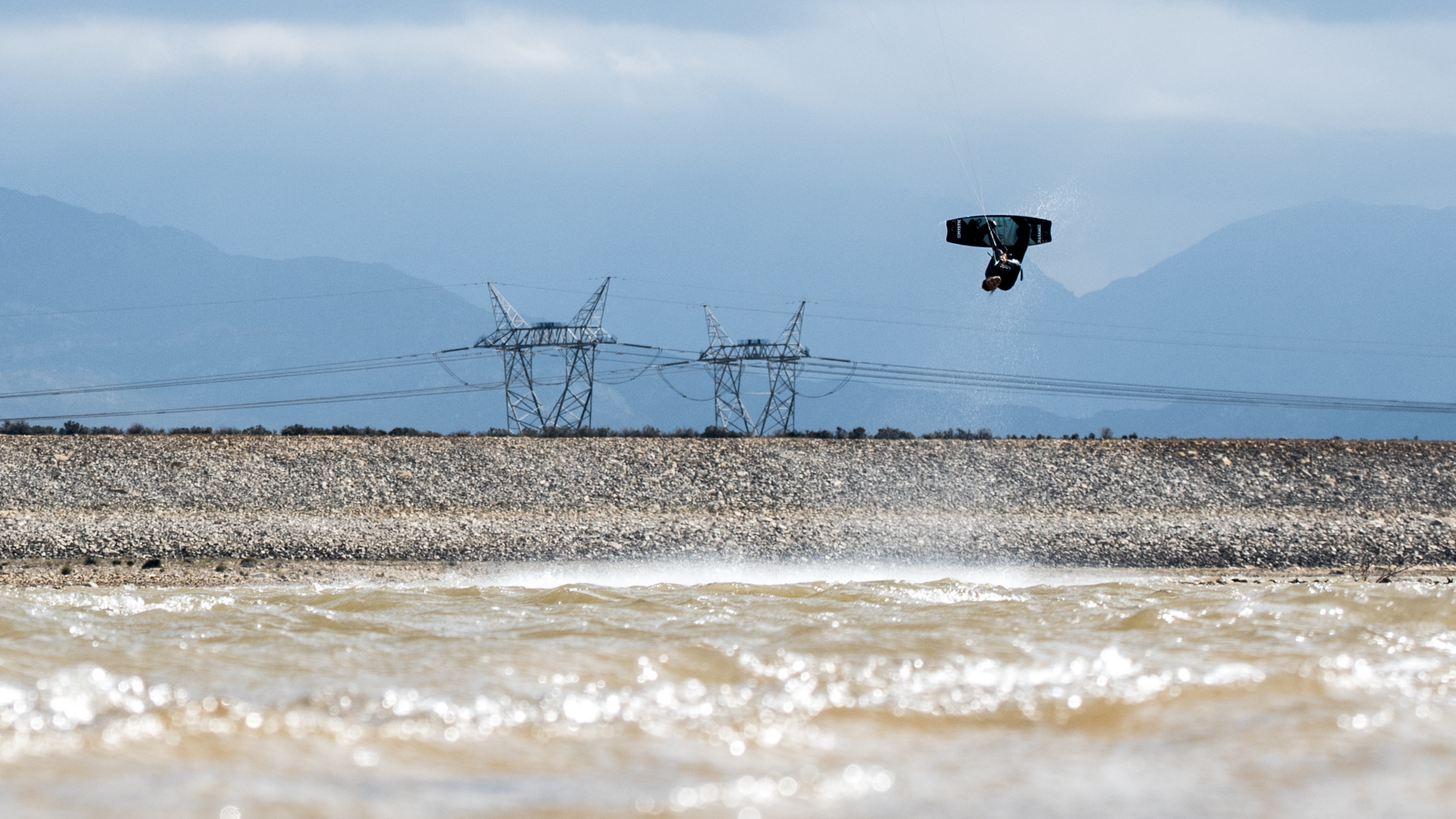 I knew these shots were beautiful, but that without the kite featuring in the image they would not be making the cut for the campaign image. Being my first ever opportunity at getting the campaign image, I was fully motivated to keep trying different angles, and luckily for me so was Ozzie.

After a short break and a bit of brain storming we decided to switch over the wide angle lens, and change positioning to be just upwind of the rider. Positioned nice and low to the water, this angle has the ability to make it appear that the rider is, in fact, going higher than the kite. It took a few efforts of this setup before we started to get a good understanding of the take-off point relative to the money shot. We spent about half an hour trying this shot and after around ten solid efforts, and plenty of hammering on the body we decided to take what we have with faith that the shot had been captured. 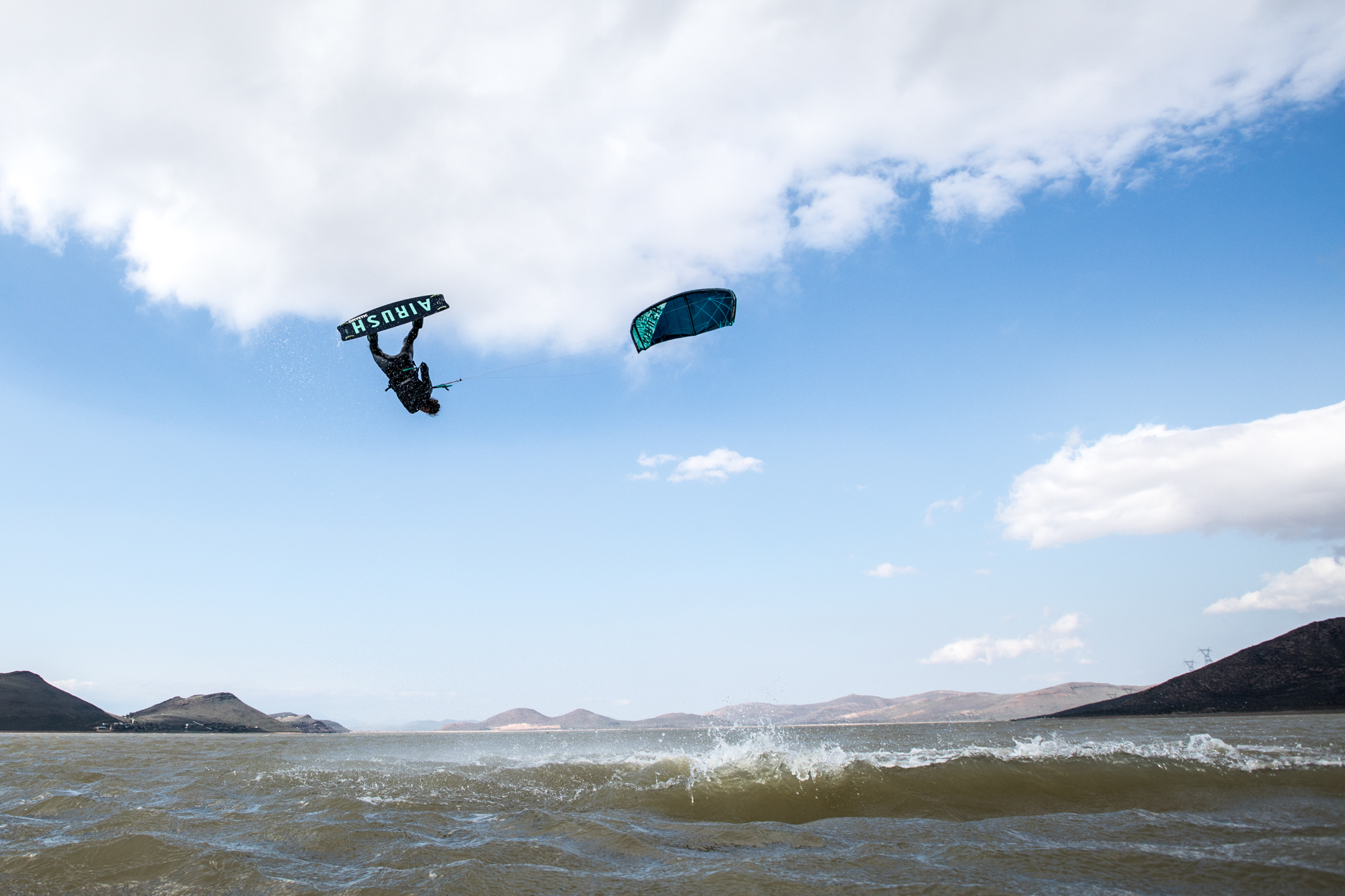 The session may have been over, but there seemed yet another task ahead of the boys. As it appeared the lovely fellows who had left the gate open when we arrived, had now closed and locked the gate. This turned into a two hour safari drive as we charted the uncharted in search of an exit point back to the main road. Long story short and we ended up getting the keys we needed to, thanks to some friendly locals, and were back on the road just in time for a sunset.

We ended up using the image below as the leading campaign image, as the composition of the photo perfectly suited the layout which we had in mind for the print ad.  Massive thanks to all involved to get the shot and roll this campaign out in style! 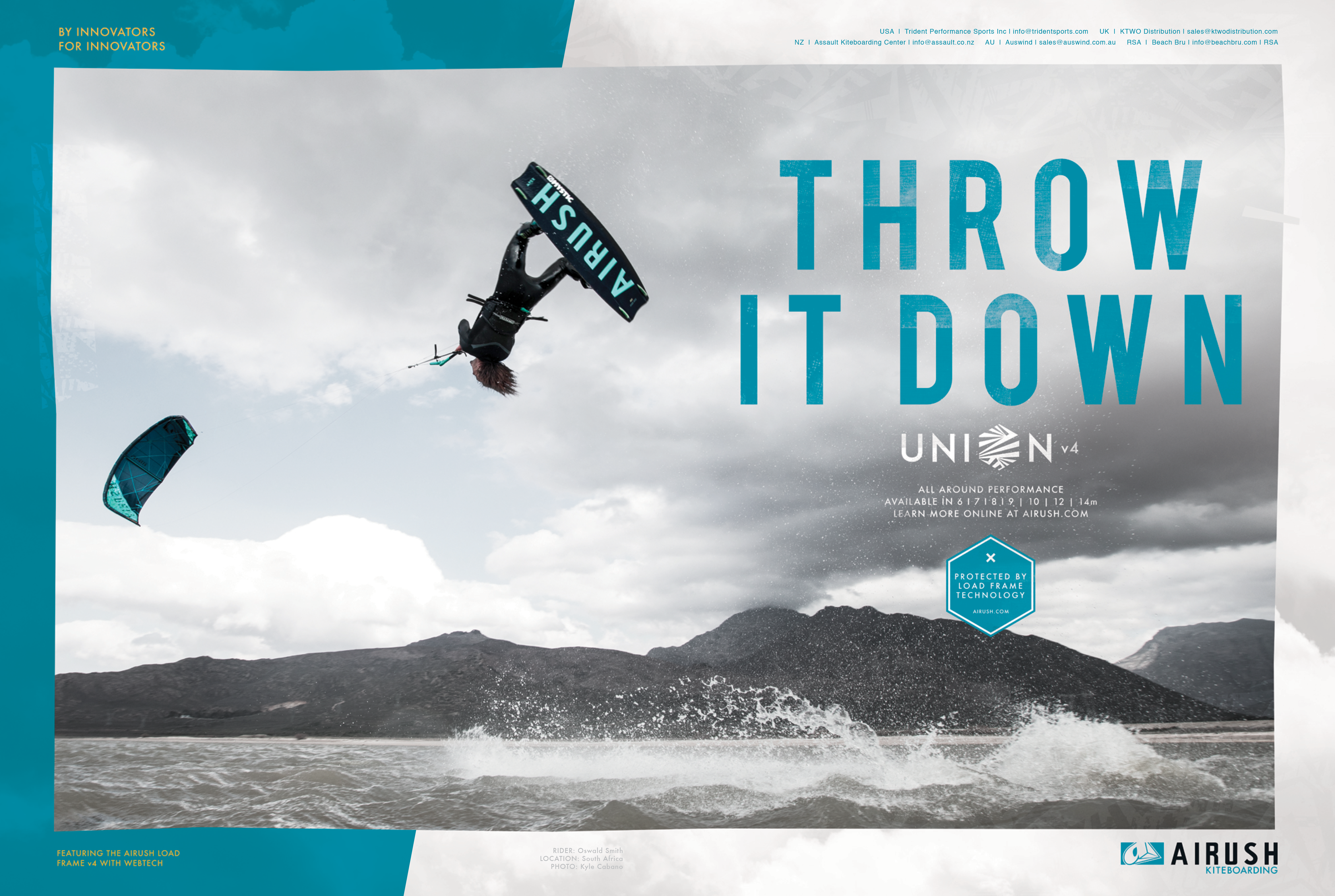